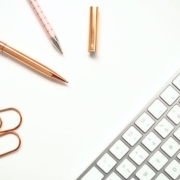 At Philafrica Foods everyone must be treated with dignity and respect at all times, and we have a zero tolerance approach towards any form of workplace bullying. Because we care about you we want you to be aware of your rights as well as your responsibilities.

What you need to know

Bullying refers to any unfavourable or offensive conduct which has the effect of creating a hostile work environment for someone as well as repeatedly attempting to torment or wear a person down by provoking, intimidating and intentionally harming the person. This includes:

What must you do?

Keep a careful written record of the details of all incidents and using this information, write a request to the bully to cease their behaviour. Should the behaviour persist, write a formal complaint to your manager and thereafter HR.

What will we do?

Workplace bullying is a violation of fundamental human rights that often leave victims physically, psychologically, and professionally scarred. Be assured that you have an open avenue for reporting any bullying or victimisation by management or your colleagues, confidentially to HR, and the Company undertakes to investigate all reported concerns.

It is important to note that having an assertive manager does not mean that the manager is a bully. Managers have the responsibility to ensure that each employee performs to the expected standard and behaves in accordance with company values. The distinction lies in the intention of the action: where the intention is to hurt, demean or humiliate an employee through direct or indirect negative actions or words, the manager has crossed the line and then becomes a bully.

Labour legislation now looks at bullying the same way it looks at harassment or a dignity violation, making it a serious offense. You have a right to the protection of your physical and emotional wellbeing at work and no forms of harassment should be tolerated.

Should you have unethical or criminal behaviour of any nature to report, please make use of the Tip Off Anonymous line. 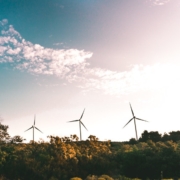 The balance between pursuing market opportunities while maintaining accountability, transparency and ethical integrity has proven to be a challenge for business organisations since the arrival of the global Covid-19 pandemic in early 2020. The accountability and responsibility of business organisations are constantly subject to question. The failures of corporate governance and business ethics in the global financial crisis in 2008 has increased the urgency for a better ethical framework and governance structure for businesses. A substantial increase in the scope, significance and impact of corporate social and environmental initiatives in recent years illustrates the growing materiality of a more ethically informed approach. There are growing indications of large organisations taking their ethical and environmental responsibilities more seriously, and these issues are becoming more critical in the business agenda.

Despite regulatory frameworks and the commitment of corporations to undertake eco-sustainable practices, there remains a disconnect between implementation and practice.

Companies that implement a management philosophy that relies heavily on business ethics have been proven to be more successful than those that operate in an unethical manner.

For over four decades, there has been intellectual and academic debate on business and its relationship with the social order with specific focus on ethics and how business organisations should be operating in order to be seen as an ethical organisation.

Today’s leaders must focus on creating sustainable companies and embrace the legal and moral atmosphere in which they conduct business, they must develop a position of environmental concern, show responsibility towards the communities in which they operate, and meet the needs of eco-savvy consumers. To many business leaders, environmental considerations are often perceived as obstacles to profitability; those indispensable inconveniences that contribute to growing costs and time-consuming regulations to which they are obliged to conform.

Business leaders have more complex ethical quandaries than individuals. Their obligation is to ensure that the business creates value for its stakeholders. The 1992 King Report was the ﬁrst global corporate governance code to talk about ‘stakeholders’ and to stress the importance of business accountability beyond the interests of shareholders (IoDSA,1992). All stakeholders need to be considered and not just shareholders.

The leadership of an organisation holds the key to its long-term success and remaining consistent with a management philosophy built on a foundation of ethics creates a positive example for all employees including its suppliers. Ethical accounting practices, treatment of employees, interactions with the public, and information disseminated to shareholders are all responsibilities of the leadership team and can have a direct impact on the overall profitability of the company. When these integral aspects of a business are not performed with a decisive theme of business ethics from the top-down, each part of the business has a greater potential to fail in the short or long-term.

Business leaders and their organisations generally operate from two distinct environmental stances: either an ecocentric or anthropocentric stance.

The ecocentric stance posits that the ecosystem has an inherent value and must be protected. It is the pursuit of the idea to protect and improve the quality of the natural environment in which an organisation operates. Ecocentric management is generally articulated, in part, through CSR initiatives, with the assumption that business should have an intensely ecological understanding of how they operate.

The anthropocentric worldview is driven by human-centred values and a belief that environmental protection is important because of what it can contribute to humans, in terms of the production, distribution and consumption of goods. A pervasive notion is that there is an unlimited supply of natural resources, which makes conservation unnecessary. Technology and innovative practices can adapt nature to suit our needs, thereby overcoming any ecological limitations.

Academics have posited that anthropocentrism proposes no general survival plan, a view of the world that is referred to as the Dominant Social Paradigm as staunchly adopted by the United States under the Trump administration. In this paradigm, what are considered to be hard and fast scientific facts are disputable; for example, greenhouse gas emissions are a direct contributor to global warming and climate change.

A key example is in the production and disposal of waste material. Developed nations are unwilling to pay for its local disposal. For example, the United States has failed to ratify the 1989 Basel Convention that places restrictions on unethical practices such as moving hazardous waste and disposal to countries such as Africa and other developing parts of the world.

CSR as a concept is somewhat elusive, and although considered adequate because it means something, this is not always necessarily the same thing to all parties, and it is simply not business-related. Some business leaders regard CSR as a legal responsibility or liability and a marketing priority for the benefit of consumers, while others view it as ethically socially responsible behaviour.

Irrespective of how it is viewed, CSR is dominated by an anthropocentric worldview and it requires a fundamental transformation in perception. Despite being a common practice for corporations to adopt CSR initiatives voluntarily, although many countries now require this as a legal reporting obligation, the propensity to apply a tick-box mentality is pervasive, leading to organisations failing to embed environmental sustainability initiatives in organisational actions beyond mere compliance.

All companies rely on consumers for profits, and consumers prefer doing business with ethical companies. According to a study conducted by Nielsen (2014), 55% of online shoppers in 60 countries would accept paying more for goods or services from companies that are focused on having a positive impact on society and the environment. Studies also show that more than 50% of consumers cease spending their money with companies that are unethical. It is, therefore, vital that organisations operate ethically and subscribe to high ethical values in order to remain sustainable in the markets in which they operate.

It has been highlighted in many research articles that employees who are satisfied with the environment in which they operate are more productive than employees who are unhappy. Unethical practices in the workplace can cause unrest with employees, leading to a sense of dissatisfaction with the work that they are doing and with their employers. However, when business ethics are encouraged by management the ability of employees to focus on the job increases. Productivity increases when fewer distractions are present and morale is high, and this leads to greater profit levels for the company.

Employee wellbeing can also have an impact on profitability and staff retention, as dissatisfied employees are more prone to seek out other opportunities, regardless of higher pay or benefits offered by their current employer. Continuous recruitment and training of new employees can reduce the capital an organisation can otherwise spend on revenue-producing activities, ultimately diminishing its long-term profits.

Effectively regulated laws are critical to advance the concept of environmental stewardship. This is essential considering that most organisations operate in a wide range of environments in which there are varying legal regulations and standards.

Environmental business stewardship is critical for business growth and development, and yet only a few organisations within the global marketplace view stewardship as an important aspect for operational sustainability.

There are several frameworks and guidelines that could be embedded into company processes such as ISO 26000, an international standard developed to help organisations assess their CSR.

A Path to Ethical Frameworks

As financial markets around the globe have developed and implemented robust ethical models and frameworks, so too could ethical frameworks be created for business organisations operating in specific industries. Business alternatives are becoming narrower with each passing decade. Business leaders and their corporations should advance the social reason for ethical conduct beyond mere compliance and the letter of the law, moving into the ‘spirit of the law’ and embracing ethical behaviour to ensure the highest standards of business are employed.

This could develop a new outlook for organisations where they manage themselves in such a manner that they become not only economically viable and steadfastly uphold the law, but also seek the genuine welfare and sustainability of society; and where doing the right thing becomes part of its operating DNA.

Implementing a sound ethical policy ensures a positive impact on all stakeholders, from investors to employees to consumers. Organisations that lay the framework for business ethics in all facets of operations are more likely to become and remain profitable than those that conduct business in an unethical manner.