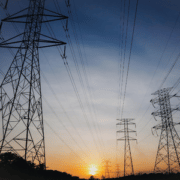 In November 2021, André de Ruyter was asked why he does not resign as Eskom’s CEO, thereby assuming the primary accountability for the state-owned entity’s woes. He responded that you do not change the jockey on a dead horse. He thus confirmed his intention to fulfil his mandate, which was to ‘fix’ Eskom. Almost a year later he is still in charge and probably doing what he can to resuscitate the horse.

His saddle remains red-hot though. Pressure for him to resign is still relentlessly applied by many. Be it via demands from trade unions, frustrated and angry consumers, owners and employees of small, medium, and large businesses that had to close their doors because of continual loadshedding, campaigns to reinstate former rogue CEOs, or even through voices in government. To make matters worse, he is surrounded by extreme pessimism, such as that verbalised on 10 October 2022 by the economist Dawie Roodt in the Daily Investor: “Eskom cannot be saved – here is how it will end”. It is, however, easy to blame the jockey. Continuously flogging the dead horse will not help much either.

Various other factors contribute to the heat of de Ruyter’s saddle. These include death threats, internal sabotage, insufficient capital, a decaying infrastructure, and antiquated and ‘tired’ equipment. Eskom’s internal environment is surely the biggest contributor to the heat of the saddle. One has to consider what goes on inside Eskom in terms of what the employees are thinking, feeling, and doing – or not doing for that matter.

There is little doubt that the organisational culture is toxic. The recently appointed chair of the Eskom Board stated in a piece that was published in Business Day on 17 October 2022 that: ‘’Eskom must ‘rekindle’ morale and image’’. He was probably referring to the organisation’s culture. Employees are surely despondent, mentally fatigued, and often embarrassed to admit that they work for Eskom. There is also the prevalence of corruption and unethical behaviour. This has created an ethically weak culture. Simply put, the ethical component of the culture which is ‘the way we do things around here when no one is watching’ is highly fragile.

Weak ethical cultures cause employees and those doing business with Eskom to become susceptible to considerable wrongdoing. This may vary from mild dishonesty to severe counterproductive behaviour such as conflicts of interest, abuse of time and other organisational resources, malicious sabotage, intimidation, withholding effort, and collusion within and with external syndicates to commit crimes.

South Africa cannot afford the possible demise of Eskom. De Ruyter’s heart seems to be in the right place. He remains focused and appears to be sufficiently thick-skinned to deal with the criticism while soldiering on. This is not necessarily a bad thing. The proviso here is he cannot do it alone. In the statement by the new chair of the Board referred to earlier, he seemed confident that with discipline the limping power utility can be turned around. The discipline referred to here needs to be enforced through collective action.

Concerted collective action would include the government, the new Eskom Board, leadership and management, employees, and the relevant trade unions. An appropriate question to ask would be what these parties can collectively do to resuscitate the horse. For a start, it is crucial to send the right signals to all stakeholders, internally to Eskom but also to the world around it, that something is being done to fix Eskom. The fact is that every decision or action, whether communicated or not, sends a signal to stakeholders. Such collective action is required urgently to change the organisation’s ethical culture.

Green signals are sent to employees and external stakeholders when organisations make decisions that contribute positively to the formation of an ethical culture. Red signals are sent when decisions are made and actions are taken that undermine the progress towards building an ethical culture. The collective action role players need to understand that they repeatedly send signals to all stakeholders about Eskom through what they think, decide, and do.

Ethical culture develops incident by incident over many years. Ethical culture or an ethics mindset is shaped by five simple things: who you hire, who you fire, who and how you deal with others, what you talk about, and what you spend money on.

Dealing with reputable suppliers sends clear green signals and dealing with dishonourable suppliers sends red signals. Red signals will be evident when an organisation rewards employees for unethical behaviour through ingenious incentive schemes, showing clear favouritism in promotions, and when they do not promote people on merit.

What stakeholders that team up for collective action talk about also sends clear green or red signals. The things leaders say and how they say them stick in one’s mind. There is a distinct difference between boardroom talk and talk around the water cooler. The narrative that emanates from leadership influences attitudes and behaviour and sends powerful signals. Continuous talk about doing the right things and encouraging ethical behaviour sends green signals. Provided that aligned actions follow the talk.

Being circumspect on what an organisation spends money on sends green signals. In Eskom’s case, examples would be research and development of alternative energy production and employee training. On the other hand, spending money disproportionately on non-essentials such as building new headquarter structures or investing in low-priority initiatives and equipment sends red signals.

When organisations are advised to build strong ethical cultures there is often scepticism and fear of the abstract nature of ethical culture. The question ‘but where do we start’ is often raised. Decisions and actions that build ethical cultures are in fact not that abstract, vague and fuzzy. The sending of green signals is within the control of Eskom and its stakeholders who are ideally positioned due to their power bases. It becomes a simple choice. Green versus red. Such interventions can commence today.

It should be made clear that the sustainable development of Eskom is crucial to the country. This horse can and should be resuscitated rather than being incessantly flogged. Moreover, the jockey needs to be empowered and enabled to lead this process in collaboration with committed collective action partners. 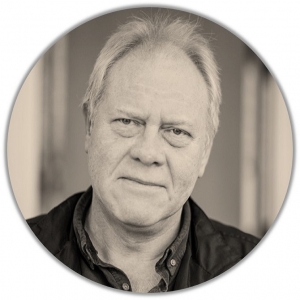 Prof. Leon van Vuuren is an Executive Director: Business and Professional Ethics at The Ethics Institute. He holds a Doctorate of Industrial Psychology from the University of Johannesburg.