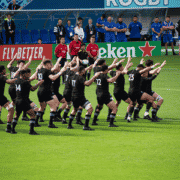 It is interesting to note that we often focus heavily on what organisations should be doing when they are in some type of trouble but forget about these important endeavours when things are going well. Usually, when organisations realise that they are dealing with challenges – whatever these may be – priority is placed on mitigating risks and ensuring improvement; whether it is at an organisational culture level or more systems based.

Embattled organisations, imperfect by any standard, may be in better shape than many highly successful ones. Let me explain.

Recently one of the most successful, dominant, and high performing organisations in the world, the New Zealand All Blacks, have been experiencing a slump in performance. During their heyday when world cup winning coach Graham Henry was in charge, it seemed logical to keep continuity and Henry’s assistant coach, Steve Hansen, was immediately selected to replace him. There was no ‘tendering’ for this position. In fact, reports indicated that appointing Hansen was just a formality, although he was interviewed and assessed before his appointment (at least that was what we were told).

This seemed to work. Hansen had an incredible record as head coach of the All Blacks, although the William Webb Ellis Trophy was somewhat elusive in his later career. With this record success, Hansen achieved an 88.79% win record as head coach. It, therefore, seemed prudent, if not necessary, to replace Hansen with his assistant coach, Ian Foster. It worked before, why would it not work again? Additionally, Foster was recommended for the job by the Steven Hansen. How could he not be appointed as head coach?

Unfortunately, at the time of writing this article, Foster has lost five of his last seven tests and the All Blacks have now slumped to fourth in the world rankings; something that was considered unfathomable two years ago. But this is where things get very interesting. Since the ‘unsuccess’ started creeping in, questions have been raised over the appointment process of the All Blacks’ head coach. Was enough done to vet Foster? Who else was considered? Why was there no formal process with several coaches interviewed? Was Foster an old boys’ club appointment?

It is interesting that no one really asked these questions when the All Blacks were basking in their success. But when things go wrong, retrospect kicks in and a slew of other questions begin to arise. Are the Barrett brothers a further representation of prevalent nepotism in the New Zealand All Blacks? Has the exclusion of South African teams from the Super Rugby Tournament, a New Zealand Rugby decision, weakened the All Blacks?

The most interesting thing about all these criticisms is that they would never have been raised had the All Blacks remained a dominant side. No one would have cared if Ian Foster was an old boys’ club appointment or whether the entire All Blacks team was composed of Barrett brothers. If they were winning, why not?

This microcosm of ethical retrospect in the New Zealand All Blacks is telling and generalisable to many other organisations that enjoy dominant success. For example, Steinhoff had unprecedented success and was considered an organisation that guaranteed returns here in South Africa. Steinhoff could not lose. However, before Steinhoff’s great and scandalous fall, we know that ethics was a peripheral issue for the organisation. Steinhoff ignored, or did not care, to take organisational ethics seriously. No ethics management interventions were instituted. No governance structures existed to oversee the ethical culture of the organisation. This is clear from their integrated reports. However, nothing was done. Why was nothing done? Because the organisation was so successful. Who cares when we are winning?

Perhaps, then, organisations who are not blinded by success, but remain prudent and humble about possible failings, may have longer term success. The world is flush with ideas that high performance is a mindset. But we must distinguish between a high-performance mindset and arrogance.

Perhaps we have all been mistaken. Steinhoff, Boeing, ENRON, Arthur Anderson, VBS, Theranos, and many other organisations were highly successful, and too caught up in the glory of their dominance and their own hubris. At least six of the seven organisations above, no longer exist today. This is a lesson we should take to heart: evaluating the ethics of decisions and actions should be an ongoing event in every organisation, rather than an exercise in finger pointing in hindsight. Perhaps the leadership structures of organisations should evaluate what skeletons in the closet may appear in full sight when success becomes fleeting. 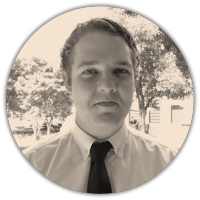