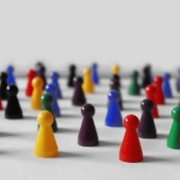 Transformation was sold on a dream of upliftment, more jobs, a better economy, and socioeconomic equality. Yet, our current standings would suggest that this dream has morphed into something of a nightmare. From safety concerns and ongoing unrest (like the recent looting and unruly action that shook the Nation), to scarce job opportunities and glass ceilings as a result of affirmative action, skilled South Africans are increasingly likely to resort to emigration.

Affirmative action was introduced in South Africa through the Employment Equality Act (EEA), 55 of 1998, four years after the end of Apartheid. The purpose thereof was to create opportunities for individuals coming from previously disadvantaged groups to increase diversity and promote equality. The EEA further defined affirmative action as ‘fair discrimination’, alongside discrimination based on inherent job requirements. However, with affirmative action came great controversy and ongoing debates.

Affirmative action is widely accepted as a positive, remedial action to redress historical injustices, caused by Apartheid. It is intended to allow for equal opportunity so that everyone can compete, in the form of education, training, and other opportunities. The advantages of affirmative action include boosting opportunities to provide education to previously disadvantaged students, especially at a tertiary level, and improving diversity within organisations across all levels. As a result, these opportunities should allow for individuals from previously disadvantaged groups to climb the socioeconomic ladder.

Affirmative action is often referred to as a ‘corrective action’, a ‘remedial action’, a ‘temporary strategy to achieve equality’, or a ‘transitory intervention strategy’ – terms which are indicative of a short-term solution to achieving an end goal. The ideal end goal of affirmative action is the achievement of diversity and equality, without lowering standards or prejudicing white South Africans. In other words, affirmative action is not about a levelling-down approach so that we all suffer equally – which would be advocating for a retributive approach to justice – and it is also not about providing equal treatment to all (which would defy the notion of providing extra care to those who need it). Rather, it is about uplifting those who were previously disadvantaged so that all South Africans are afforded the same opportunities. However, that’s unfortunately not how things have unfolded, and the reality of the South African socioeconomic environment raises the question of whether affirmative action has been implemented in an ethical manner.

Defining affirmative action as ‘fair discrimination’ is oxymoronic which raises some eyebrows. Affirmative action undoubtedly has some cons. Firstly, meritocracy may be discouraged in education institutions, which may result in a lowered standard and negatively impact our global standing. Secondly, those from previously disadvantaged backgrounds may not necessarily earn the respect of those around them because of the belief that they are climbing the socioeconomic ladder because of affirmative action and not their hard work, resulting in undermining achievements of individuals from previously disadvantaged groups. Not to mention the psychological impact this may have on individuals; doubting the motives behind their appointments and whether they can attribute these to their hard work and talent, or purely their employment equity status. In addition, affirmative action is linked specifically to race, gender, and/or disability, and does not always appropriately assess whether an individual was previously disadvantaged. Thus, it is often criticized as a policy that mainly benefits the middle and upper classes whilst neglecting to meet the needs of those within lower income brackets. Lastly, some individuals may see affirmative action as simply reverse discrimination which adds to the divide between groups, defeating the purpose of creating a united nation.

In addition, window dressing (the deceptive practice of hiring people from previously disadvantaged groups to increase an organisation’s appearance, without truly empowering the affirmed employees) has a similar negative impact on employee morale. There is a higher level of previously disadvantaged Individuals at lower levels in organisations than there are at higher levels where they would make significant impact within the organisation. Another method currently being employed includes offering politically connected black South Africans top positions in exchange for political favours. This further raises the question of whether affirmative action practices are being applied ethically across the board?

According to Stats SA, South Africa’s current unemployment rate has hit a new record of 34.4% in the second quarter of 2021. Further analysis indicates that the black African population has a higher rate of unemployment (38.2%) than the national average, whilst black African women are the most vulnerable at an unemployment rate of 41%. This seems contradictory to the specific purposes of affirmative action given that these two groups constitute the ideal benefactors of the practice. A shocking 64.4% of youth unemployment indicates that about one in every two young people between the ages of 15-34 do not have a job. Given the current unemployment rate for these groups, one cannot help but question whether affirmative action is really achieving what it was set out to.

A further issue that has arisen is the loss of highly skilled individuals who are frustrated by a system designed to hinder their job search or progress and consequently emigrate to more promising countries. Whilst the population percentage of other minorities (Coloured and Indian/Asian) seem to remain somewhat stable, the white population seems to be on a continuous decline, dropping from 9% in 2011 to 7.8% in 2021 (Stats SA). Far too often job adverts are placed with the phrase “strictly only EE applicants apply” or are only placed as a check-box recruitment practice whilst the chosen candidate has already been selected. Highly skilled professionals are reaching glass ceilings or being passed over for jobs as a result of affirmative action, leaving them with little alternative other than emigration. As the world begins to open, a potential emigration wave may impact South Africa, with potentially detrimental implications for investors, businesses, municipalities, and tax revenue.

Affirmative action has been misused and abused, and unfortunately both those who were previously disadvantaged and those who were not are currently suffering at the hands of it. With a growing skills shortage and minuscule economic growth, misplaced priorities raise concerns that all South Africans should consider as we approach our local government elections.

(Thought pieces reflect the views of the authors and not that of The Ethics Institute.) 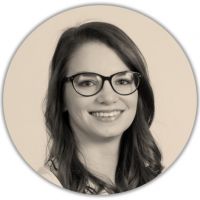 Nicole Konstantinopoulos is an Assistant Researcher at The Ethics Institute and holds a M. Com. in Industrial Psychology from the University of Pretoria. 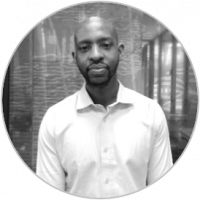