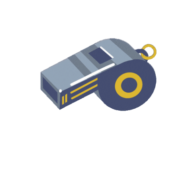 The murder of Babita Deokaran in August 2021 has sparked much public debate about the protection of whistleblowers. And rightfully so. By now the nation is aware of the many consequences that whistleblowers suffer for speaking truth to power, and by all accounts, the legislation that promises to protect them, the Protected Disclosures Act (26 of 2000), has spectacularly failed most, if not all.

In 2014, I wrote an article about South Africa’s whistleblowing framework having received the highest possible rating of three stars in a report by global law firm DLA Piper for providing express protection to those making legitimate disclosures. That meant that South Africa outdid Germany, France, Hong Kong, and Australia and was on par with the laws of the US, UK, and China. I quoted Aadil Patel of the law firm Cliffe Dekker Hofmeyr, saying that “South Africa, having come out of an era of darkness, had joined the international community in promoting openness and accountability.” If only that was true.

In February this year, the U.S.-based Government Accountability Project and the U.K.-based International Bar Association released the findings of its survey of the whistleblowing frameworks in 37 countries. The purpose of this survey was to establish whether these frameworks are working. It comes as no surprise that South Africa’s Protected Disclosures Act met only five of the 20 criteria for measuring effectiveness, together with Britain, Japan, and Pakistan. This means that the plight of South African whistleblowers is shared with that of many others globally, and that is not reassuring for people who want to report wrongdoing.

Since March 2021 various high-profile people in South Africa have made the nation aware that our protection legislation must be improved. Deputy Chief Justice Raymond Zondo, Pres Ramaphosa (on at least two occasions), Prof Thuli Madonsela (former Public Protector), Adv Andy Mothibi (Head of the SIU) and Adv Willie Hofmeyr (former head of the SIU and Asset Forfeiture Unit) acknowledged publicly that the law needed improvement, and their buy-in is much appreciated. But that hymn has now been sung. I have said before – talk is cheap. Action is what counts.

Babita Deokaran needed that action to be taken. In 2009 Moss Phakoe, killed for speaking up about extensive corruption in the Rustenburg municipality, also needed action. And so did Jimmy Mohlala, erstwhile speaker of the Mbombela municipality who was shot for blowing the whistle on corruption in the building of Mpumalanga’s 2010 World Cup stadium.

While the government is dragging their feet to improve the law, civil society has not. Not-for-profit organisations such as the Citizens of Conscience Foundation and the Active Citizens Movement have publicly protested for change. The recently established Whistleblower House promises to assist whistleblowers with access to legal, psychological, safety and other services to enable them to deal with all the detriments they usually face.

It should, however, not be forgotten that most whistleblowers first speak up within their organisations. Therefore, organisations also have a responsibility to protect their employees who dare to stand up for what is right. A 2019 study (Groenewald, L. and Vorster, P. 2019. South African Business Ethics Survey) found that 32% of employees in the private sector in South Africa did not report known or observed wrongdoing because they feared victimisation. This belief can only be based on either hearsay or having observed the victimisation of colleagues who blew the whistle. Either way, their belief is justified as countless whistleblowers have publicly spoken out about how they have been victimised.

The question then is how can such practices be stopped? The purpose of whistleblowing is to alert an organisation or other entities that something is wrong. Whistleblowers speak up because they believe that someone will take action to stop the wrongdoing. They speak up because they believe that others will listen and treat the information as confidential. And while this does indeed happen, there are still too many instances where the focus changes from the message to the messenger. 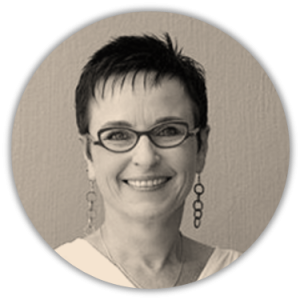 Liezl Groenewald is a Senior Manager: Organisational Ethics Development at The Ethics Institute. She is the author of the Whistleblowing Management Handbook and co-author of the Institutionalising Ethics Handbook.