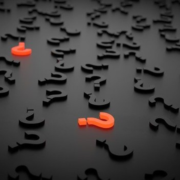 Have you ever wondered how many of your decisions are really your own? It is scary to consider the age-old question of whether we as humans have agency in our world or what we would call ‘free will’. In other words, do we make our own decisions and choices independent from outside influence? Could it be that the craving for a soft drink, the purchase of a particular product, or selection of a political affiliation could be governed by others manipulating us into these wants, decisions, and actions? Are we making these decisions, or is there an invisible puppet master pulling our strings duping us into thinking we are making our ‘own’ decisions?

And yes, I am talking about many South African food and pharmacy retailers here. You know what I mean. The health food mantra’s, the green lifestyles, with one catch. Getting out of these stores with your healthy food means you first must battle through the sweet aisle gauntlet. Food retailers also know that food shoppers usually do their shopping on an empty stomach. Pick up your blood pressure tablets only to run into a blood pressure shattering sodium covered 500g pure beef biltong packet staring at you.

As a species we are familiar with the practice of manipulation, it is referenced biblically and within legends as old as writing itself. If you have children, you understand the concept very well. Some would argue that the practice is viewed pejoratively. We manipulate when we want someone to do something that could benefit us (the manipulator), usually at some expense to the other (the person being manipulated). The key is to get the person to do something that you want them to do without them knowing.

So, manipulation is often covert in nature and may include strategies such as obfuscation (hiding the truth in ambiguity and misdirection); dishonesty (lying directly); and applying pressure (often referred to as pushing, pulling, or nudging). In the last instance tactical elements such as social pressure, shaming, exploiting individual weaknesses and guilting may come into play to get the person to do something the manipulator wants them to do.

But is manipulation always wrong? In other words, what if I were to manipulate someone for the greater good, or the best interests of the person being manipulated. For example, could I manipulate someone into exercise by talking about the shocking heart attack statistics worldwide during a hearty lunch, or pointing out how the neighbours are on a diet and walking every morning? You could take a more direct course and tell the person they are unattractively obese. Do so at your own peril. All these methods do not make the person choose exercise directly, but strongly points or nudges them in that direction.

Is the initial psychological discomfort worth the outcome? Well, if you are utilitarian, then yes. But, how do you know that the cost of the psychological discomfort is worth the outcome? What if shaming someone for their body-weight results in a rigorous exercise regime (the outcome we wanted) that then causes a dreaded heart attack (oh dear)? Are you culpable? We could add an additional question, are you in a position to know what is good for the other with certainty? Enough certainty that it should be ok to manipulate them into doing something. It is just a ‘nudge’ after all and in the right direction.

Also, what about the rights of the individual? What if the person has a very low IQ, or cognitive disability and is easily manipulated? Should we covertly nudge them in the right direction and make choices we believe are in their best interests covertly? The mantra being, do unto others as you want them to do, without telling them.

Let’s jump from the hypothetical to the real. Recently, the British Psychological Society (BPS) was asked via an open letter by 47 prominent psychologists whether the deployment of ‘covert psychological nudging’ should be used as a method to gain the public’s compliance with COVID-19 restrictions. The argument extends to the nudging of people to get vaccinated.

Of particular concern were the methods employed by psychologists in public health campaigns using fear inflation (scaring the public), scapegoating (singling out a group or individual for unmerited blame), and shaming (making people feel guilty for a particular choice) to get people to adhere to COVID restrictions and get vaccinated.

The psychologists complaining about this practice believe strongly that the infliction of increased psychological stress on the public to induce certain ‘acceptable’ or ‘good’ public health behaviours is unethical. That this technique is contributing to an already psychologically stressed public. That any health professional must first and foremost, not harm. Additionally, these psychologists believe that deciding on behalf of the public in a sort of maternalistic/paternalistic manner is not only condescending but a form of manipulation through public health propaganda.

Now many may argue that this is for the greater good and that people should be vaccinated and should adhere to COVID restrictions. That ‘nudging’ people in this direction is not a bad idea. It is no secret that public health ad campaigns have used this technique for many years, not to mention marketers of every shape and size (remember that sweet aisle). So, what is the big deal?

We can argue that general restrictions such as social distancing and mask-wearing have little side-effect physically, but the mental demands of isolation and the inability to see someone’s face when conversing could be psychologically and mentally harmful over the long term. There are already a few studies of childhood development and mask-wearing making the rounds. In this case, however, nudging someone to wear a mask and stay six feet away from others to avoid being six feet under is a good idea. But what about more invasive procedures such as vaccinations?

Do not get me wrong, I am not an anti-vaxxer, I received my first ‘jab’ a week ago. I believe it was my own decision and that I had the free will to choose, probably. The vaccine is a little different though, partly because it may have long-term side effects (we do not yet know) and can be dangerous for a very small percentage of people. Generally, though, getting vaccinated is thousands of times safer than eating peanut butter. But what about informed consent?

Even in cases where an individual is cognitively challenged, every effort is made to meticulously try and explain any medical procedure. Even if such a person is placed in guardianship (a person making decisions legally on behalf of the cognitively challenged person), decisions about them from a medical perspective are painstakingly weighed up by courts, attorneys, and medical professionals and some form of consent from the person still sought. There are even limits to deciding for your children in the Western world (refer to corporal punishment here).

Informed consent is knowing about the procedure in detail, understanding the advantages and risks associated with the procedure, and being capable of consenting or not consenting to the procedure of your own volition or free will. In other words, you need to make the choice yourself and should never be coerced into making it. Also, every effort must be made to provide objective information about the procedure to you.

With vaccinations, nudging could be argued to be a form of covert coercion, especially if the techniques mentioned earlier in this article are referred to. The right to be informed and the right to consent are fundamental ethical principles in the medical sciences. Nudging may be a violation in this case.

There is another danger. What if the covert nudging strategy backfires? People do not like to be manipulated without their knowledge. It is perceived as a form of dishonesty that may breed distrust and a massive increase in the conspiracy theory and anti-vaxxer population. Just take the incident of lying about the effectiveness of mask-wearing by Dr Anthony Fauci and the CDC in the opening salvo of the pandemic. Later retracting this statement and explaining that they lied about the effectiveness of masks to protect stockpiles for medical professionals. This decision has had dire outcomes with mask-wearing becoming a huge problem for a large proportion of the public because the debate of their effectiveness continues, even though there is no debate.

It is possible that by covertly nudging individuals trust could be eroded between the ‘Nudger’ and the ‘Nudgee’ so that the person being nudged responds by completely distrusting something that could actually be in their best interests? I will let you decide. 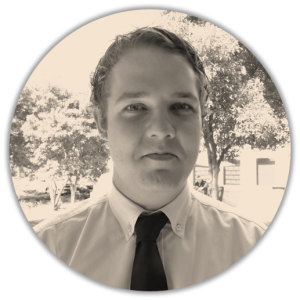 Dr Paul Vorster is a Senior Research Specialist at The Ethics Institute.  He holds a Doctors Degree in Industrial and Organisational Psychology from the University of Johannesburg.  Dr Vorster is also the co-author of the Ethics Ambassador Handbook.

Are some organisations cults?
Scroll to top