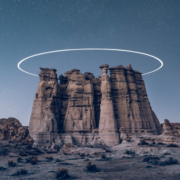 No matter where you go in life, there are always rules for behaviour, written or unwritten, that need to be followed. In many ways, we are like schoolchildren waiting for school to end to be freed from all those pesky rules. However, only more behavioural rules, albeit different and more societal, awaited.

Most behavioural rules (i.e., tenets that must be adhered to behaviourally and/or attitudinally) exist for a reason (i.e., to protect us and others from making mistakes encountered in the past) but as time goes by some behavioural rules and tendencies may become less relevant or maladaptive. Yet, these behavioural guiding mechanisms, even if counterintuitive to follow, are in many cases accepted and internalised even if they serve no purpose and are harmful. This is an outcome of being assimilated by a culture also known as getting a group of people to follow the same rules for the same reasons. A business term for this blind obedience to rules within organisations is the adage of: “we have always done it this way”. However, there is danger behind just following the way it was done in the past

When this happens, the organisational technically engaged in cult-like behaviour. A cult is defined as a group of people who are controlled by a smaller group or an individual whose primary purpose is to control the group through psychological manipulation and pressure strategies (Rousselet et al., 2017). This is often why the Nazis, Maoists, and Stalinists are referenced by historians as cults due to the propaganda and pressure strategies they applied to ensure conformity.

The danger of cults is that their influence can be so sinister and well-hidden that some people do not even know they are in one. If you were to ask Nazis, Maoists, or Stalinists whether they were cultists, they would vehemently disagree. Moreover, some groups do not acknowledge they are a cult, even when they meet all the criteria. This demonstrates just how susceptible most of us are to group influence (something that the famous social psychologist Philip Zimbardo wrote extensively about in his book The Lucifer Effect).

But you may be asking, what set of characteristics define a cult? We mention the most salient aspects below:

After reading through these characteristics, you may start to see some similarities to some business and political organisations. If we consider that an organisation should have all the characteristics mentioned to be viewed as a cult then Enron, Worldcom, Wells Fargo, Steinhoff, and Volkswagen, during the emissions scandal, have all engaged in cult-like behaviour. We could even argue that the ruling party in South Africa might be fighting a factional battle between the dual characteristics of a governing organisation (i.e., the Ramaphosa faction) and a cult (the Zuma faction). It also becomes problematic when cadres who share the same political ideal are deployed across local and government institutions, even those that need to act as watchdogs of other institutions.

Consider the following cult-like behaviours seen in many organisations such as wearing the same uniform, using only the organisation’s products, and being barred from associating formally or informally with competitors. It becomes even scarier when we start to evaluate organisations such as Twitter, Amazon, Facebook, and Google for cult-like behaviours (we remind you of point 5). In the long term, once employees are effectively assimilated into the culture, and become devoted and loyal to their organisation (this also means that the undesirables have been selected out at this stage), they are likely willing to do anything for their organisation and its leadership, even without reason. That is the key, there is not objective logic in a cult, it’s bare emotion. Moreover, if societal issues are also considered, such as high unemployment rates or being the breadwinner in the family, employees may feel they do not have any other choice but to acquiesce to a set of values and behaviours they do not fundamentally agree with. Many Nazi Party members did reprehensible things they knew were wrong but feared expulsion for not following orders. The similarities with modern organisations like Enron are pertinent.

This is what would be considered the stakeholder focused approach to organisational ethical culture, something encapsulated in the King series of Reports on Good Corporate Governance. However, other ingredients that are needed include independent-mindedness and the tolerance of individual differences. In short, what circumvents cult-like behaviour is the principle of self-determination (i.e., allowing employees to have the freedom to make their own choices and determine their values beyond those of the organisation) and authoritative leadership that supports a shared vision, but does not digress into authoritarianism where one leader wants totalitarian control.

For instance, Enron would fire employees or isolate those that questioned the operation or philosophy of the organisation. They also encouraged employees to invest all their retirement savings in Enron stock options, which employees lost when the organisation filed for bankruptcy. A local example would be Steinhoff, where employees were promised shares that could allow them to take their family on overseas holiday trips; however, irregularities occurred when the shares were paid out and the investors became the victims. That is, some employees did not receive enough to even afford a trip, but they all bought in. Let us not even speak of the cult-like behaviour in the Bernie Madoff saga. The outcomes of all this blind obedience by employees, investors, and in some cases even clients were made possible through group conformity, obedience to authority, and indoctrination into the behavioural rules of a cult-like organisation. In other words, misusing the organisational culture.

It is important to acknowledge that leaving a cult is difficult, but as the late Maya Angelou said, “You may not control all the events that happen to you, but you can decide not to be reduced by them.” 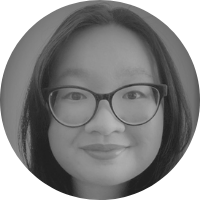 Annie Ou-Yang is an Industrial and Organisational Psychology Intern at The Ethics Institute.