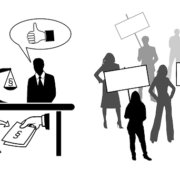 Good ethical leadership in local government is a rarity – and I have a premise about why this is the case. As of recently, this premise is also grounded in research, which should give it some more credence.

The Ethics Institute has been doing work in local government since at least 2009. Initially, we worked with individual municipalities to do training and to introduce the concept of ethics management. Since 2014 we have been working with all the local and metro municipalities in Gauteng (in partnership with Provincial Government) on a project to institutionalise ethics management.

In our engagement with municipal employees, they frequently spoke of “challenges at the political-administrative interface” and mentioned “political interference” as a challenge. The one message that kept coming through is that you won’t solve ethics in local government unless you address it at the leadership level.

This consistent message led us to conceptualise the Local Government Ethical Leadership Initiative (LGELI). We wanted to have a national dialogue on ethical leadership at the local government level to better understand the dynamics, and then to address these through a Code for Ethical Governance in South African Local Government. Much like the King Code for Corporate Governance gives principles that guide companies on sound governance principles, we believe that there are many local government-specific challenges that require similar guidance.

We approached the Department for Cooperative Governance (DCoG), as well as the South African Local Government Association (SALGA), who both saw the merits of the project. These two organisations, together with the Moral Regeneration Movement (MRM) are our key partners in a project that has taken shape over the past few years and is now in full implementation mode.

Over the last few months, we have been working with our partners and their provincial equivalents to set up interviews and focus groups in all nine provinces. It was important for us to not only get one side of the picture, so we had separate focus groups with councillors, with senior officials, and also with civil society representatives – to get the all-important community view.

But the most revealing insights came from those who are part of the system – the councillors and officials themselves.

Perhaps it is best to start with the mood of the conversations. If I had to sum it up, it would be a mix of frustration and desperation.

We spoke to many phenomenal people who work in this sphere of government. Yet only the strongest and most experienced seem able to successfully navigate this complex mix of turbulent politics and burdensome bureaucracy. And even they are tired.

The local government system is designed with the intention that there should be a divide between the political sphere (council) and the administrative sphere (officials). Councillors should be elected (through free and fair elections) and officials should be appointed based on their skills and expertise, and the need to correct for previous unfair discrimination.

The strongest theme to emerge from the research is that the first damage to the system occurs when politicians appoint (or “deploy”) people who have political connections rather than the requisite skills and expertise to do the job.

An inevitable consequence is obviously a degradation of a culture of professionalism. Such deployed officials are beholden to those who have deployed them rather than to the Constitution and the legislation.

They also frequently lack the competence required of them to do their job, which further entrenches their vulnerability to their political ‘handlers’. Secondary damage is then inflicted on the system as these people themselves make other inappropriate appointments. The intended boundary between the political and administrative spheres shrinks away, opening the administration up to all the turbulence of the political sphere.

So entrenched is the web of patronage appointments, that enforcing any kind of accountability (or consequences for misconduct) becomes extremely unlikely. Even those members of the top management team who want to take a stand can’t do so, because they can relatively easily be suspended or fired by an antagonistic council. Top managers are appointed by the council on a 5-year contract – which means they can also be removed by the council.

(In the private sector the board appoints the CEO of the company. From there on their task is to provide strategic direction and oversight.

If they were to also appoint the next level of management one can only imagine the levels of factionalism that would ensue, especially if board factions were to change every five years.)

All the above makes for a complex governance environment and is significantly fuelled by the socio-economic realities in South Africa. These descriptions do not necessarily play out in the same way in all municipalities, but the themes are so pervasive that one can only deduce that the problem cannot be purely a case of bad leaders, but that there must also be systemic challenges.

The political system (especially at the local government level) is by its nature extremely volatile. The current legislative environment gives the council too much space to appoint people into the administration (and to remove them at will) thereby causing this political volatility to spill over into the administration. This causes a breakdown of what was intended to be a stable bureaucratic system with competent employees aligned not to changing political winds, but to an overarching ethos of service delivery.

So herewith, my premise about why ethical leadership is so rare in local government.

It is not so much that we have too many bad people, but more that the system we follow in local government makes ethical leadership really, really difficult. We cannot simply continue to appeal to leaders to do better. We must help them by making some changes in the system.

The Local Government Ethical Leadership Initiative is a long-term project. This year we continue with research, and next year we will continue our engagement in the sector, looking to formulate solutions together with councillors, officials, political parties and communities. 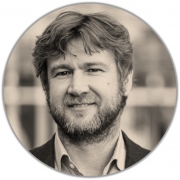 Kris Dobie is a Senior Manager: Organisational Ethics at The Ethics Institute

More than ever before, South Africa needs moral heroes
Scroll to top