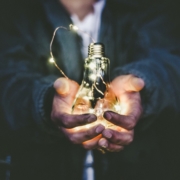 Whistleblowers played a key role in exposing fraud and corruption in both private and public sector organisations involved in state capture. Without the vital information disclosed by whistleblowers the exposure of the extent of state capture by initially the previous public protector and later by the Zondo and other commissions of inquiry would have unfolded much slower and in much less detail.

It is not always clear what drives whistleblowers to expose information about wrongdoing that they have encountered. In most cases whistleblowers are driven by ethical considerations, but there are also cases where persons blew the whistle for self-interested or less noble reasons – the Angelo Agrizzi case comes to mind. Speculating about the motives of whistleblowers is a fairly futile exercise.

The fate of whistleblowers is well documented in academic research and in more popular books and media articles. The pattern is clear: organisations tend to retaliate against whistleblowers, rather than protect them. That is why whistleblower legislation that attempts to protect whistleblowers against retaliation can be found in so many countries – and also here in South Africa in the form of the Protected Disclosures Act.

Despite the best of intentions behind such whistleblower protection legislation, the law seems to be incapable of preventing whistleblowers from retaliation, harm and often devastation.

A common pattern that can be seen in what typically happens to whistleblowers is that they are first threatened by those implicated in their whistleblower reports. This can either take the form of legal threats, intimidation, demotion, marginalisation, or dismissal. This inevitably results in a legal tussle between the whistleblower and the affected organisation. However, the legal battle is not fought on a level playing field. Very often organisations have deep pockets to hire the best legal minds, whilst the whistleblower has rather shallow pockets, or might soon be out of pocket. The legal costs might – and often are – too high for the whistleblower to afford.

And then there often are also high personal costs imposed on the whistleblower. Whistleblowers do not only tend to lose their jobs, but they also battle to find a new job, simply because other employers are hesitant to hire a person who has caused their previous employers a lot of trouble. Whistleblowers not only have to bear the brunt of high legal cost and the loss of income, but the way in which they are treated by their (former) employers and by society, leaves psychological scars, that might result in mental illness and in some cases in post-traumatic stress disorder (PTSD). This in turn might cause havoc in their personal relations and lead to the disintegration of family relations or end in a divorce. Often the cost of being a whistleblower becomes almost, if not totally, unbearable.

That is why whistleblowers need more than our applause. I believe we owe them more as a society, because it is often their acts as whistleblowers that prevent further harm not only to organisations, but also to their communities.

One way of assisting whistleblowers, would be to ensure that they do not suffer financially because of whistleblowing. In some jurisdictions – and notably in the USA – there are legislation that provide for the remuneration of whistleblowers. In terms of US legislation, whistleblowers can under certain conditions be awarded a proportion of money recovered through the action of the whistleblower. The problem, however, with this approach is that there are certain acts of whistleblowing that are not related to money being squandered, but to damage to communities or to the natural environment. Consequently, there would be no financial reward to whistleblowers in such cases. It also raises the question of whether whistleblowing should not be regarded as a civic duty, rather than as something that one should be financially awarded for.

The type of assistance that should be provided to whistleblowers should not only be financial but should provide much broader support. It should also include legal, psychological (and in some cases psychiatric), emotional and career support. Ideally such comprehensive support should be provided by an organisation that can coordinate the various forms of support.

There are some examples of organisations that do provide some of these types of support to whistleblowers.

Probably a more sustainable approach is the one behind the Whistleblower Centre in the Netherlands. This support centre that provides whistleblowers with advice and investigative support was established through the Whistleblowers Centre Act, and is funded by the state, but protected against state interference. Such an approach is safeguarded from the whims of donors or crowds, and therefore more likely to be sustained despite fluctuations in crowd or donor sentiment.

The detrimental experience of recent whistleblowers in South Africa, have garnered support for the establishment of a local organisation that can render comprehensive support to whistleblowers. The matter of funding such an initiative, however, remains a challenge.

The obvious immediate solution might be to rely on the goodwill of donors or the sympathy of people willing to provide crowdfunding for such an initiative. However, as indicated earlier, such funding is not reliable or stable.

The example of the Whistleblowing Centre in the Netherlands, where the state provides the funding to support such an organisation without controlling it, is a model well worth exploring here in South Africa. There is no doubt that the state has a stake in promoting the reporting of misconduct in both the public and private sectors. By supporting such an initiative, the state would show its commitment to root out irresponsible, illegal, and unethical conduct.

The state would furthermore be able to protect whistleblowers against the detrimental consequences of whistleblowing that will far exceed the protection currently offered by the Protected Disclosures Act.

Expenses associated with providing such a comprehensive support service to whistleblowers do not necessarily have to be covered by taxpayers, but a certain proportion of money recovered because of whistleblowing can be channeled to a fund that covers the expenses of such support to whistleblowers.

Applauding whistleblowers is not enough. We carry a collective responsibility to protect whistleblowers against the detriment associated with whistleblowing, but also to assist them comprehensively in getting on their feet again. 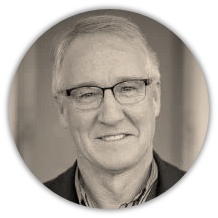 Prof Deon Rossouw is the CEO of The Ethics Institute and an Extraordinary Professor in Philosophy at the Stellenbosch University.