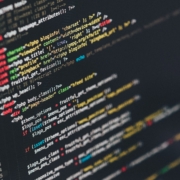 Unlike some fathers teaching their children the names of their preferred rugby team players, the first thing my father taught me at the age of four (1979), were the names of all the then heads of state. I can still remember the faces he pulled to teach me “by association”. Although I sometimes slipped up on some, I never used to miss Jimmy Carter and Idi Amin – faces that stuck in my young brain for many years to come, and still does.

My trip down memory lane, however, brings me back to this well-known fact – the brain of a child is incredibly receptive. Inquisitive information testing. Processing stories. Filing facts. Storing it in a brand-new “records management system” for future retrieval. It becomes part of the child’s muscle memory – similar to saying “please” when you ask something and “thank you” when you receive it. This is also the way that principles and morals are inculcated in the brain from a very young age. Life has norms and standards we as humans must abide by, and we teach our children exactly that.

Unfortunately, morals do not have the same meaning for every parent, and therefore a general standard is required throughout institutions, directing the uptake of the right information at the age our children are most receptive – Primary School.

I recently read an article in Business Tech, of three new subjects being tested in schools throughout South Africa, during the 2021 academic year: new African languages, Entrepreneurship and Coding and Robotics. When breaking down the value and necessity of these subjects, the following conclusions surfaced:

What a brilliant idea. If somebody ever took the time to teach me any African language, they would have been my hero. Any new language opens a different world to a person. New friends. Access to a new culture. A feeling of unity, oneness, connectedness. It would break barriers we are faced with daily and decrease the “lost in translation” feeling we ever so often have. This is a great suggestion, and many fantastic possibilities could arise from this initiative, however, how will children benefit from speaking KiSwahili as a Second Additional Language? As a mostly East African spoken language, why would we not elevate the advancement of our own eleven South African languages, but a language that we barely come across? Yes, it may ease xenophobic discomfort if one can speak or understand the language of a foreigner, but the person behind the language spoken should still be of high moral standing to not set the foreigner alight.

Oh yes. That word that everyone loves and scares at the same. Employment in South Africa is at an all-time low, so entrepreneurship is indeed necessary to fill the gaps. Think of South Africa as one big fat venison pie, divided into multiple pieces representing each sector. The socialist would take this pie and try to divide it into even smaller pieces to expand the economy – take from the one to add to the other – but the only real solution is to invest in the creation of an even bigger pie, which is where the entrepreneurs of tomorrow will fit in. This subject at school level might encourage youngsters to not fear taking chances and make use of their entrepreneurial skills to boost the economy and contribute to job creation, however, the person behind the new additions to the pie must still be of high moral standing to not become involved in tender fraud or corruption…

Now that is an interesting idea. Teaching children how to have even less human interaction and spend more time behind their computers – hidden inside their dark bedrooms for hours on end. Yes, the subject would prepare learners to participate substantially and positively in a precipitously changing world, but at what cost? What happened to mathematics? Fine art? Team sport? Those subjects that used to teach us how to be a team player, solve problems, be creative in our thinking and actions? Would the person behind the computer still understand morals, find meaning in a handshake or respect the voice of the person sitting next to them? Will they merely depend on these faceless tools to make a decision on their behalf or manage their relationships for them? Will honesty, loyalty, dependability, transparency, and truthfulness still surface in the coder?

All of the above subject suggestions might add value to the future of our children, or they might not. You see, although teaching children to become a lawyer, shop owner, or domestic worker, it neglects to teach the child what type of person they should be, even if that career never realises. It does not teach them right from wrong, or to be a person of integrity when becoming an entrepreneur. It does not teach them the value of respect and honesty when coding some human traits into a robot. It does not help them to understand why intrinsic corruption could very well lead to the downfall of a country whilst negotiating with a foreigner in KiSwahili. Isn’t this approach completely backwards?

In 2019 alone, between 3,7 and 5,2 million children were listed in the South African foster care system. Shouldn’t these numbers point us to the lack of commitment by parents just to be parents, let alone teaching their children a healthy value system? Shouldn’t it point us to the fact that schools, now more than ever, should act as moral communities for our future leaders?

We teach our children that life will be filled with moonshine and roses, but do we teach them how to act morally in a country with an unemployment rate of 32,5%, where they might be unemployed for extended periods? Maybe we should start from scratch? Teach our children to hone an exemplary moral approach to life – maybe then South Africa might end up with honest leaders, trusted to steer our country with integrity, and not into a credit rating of two rungs below investment grade. Dantia Richards is the Company Secretary of The Ethics Institute and a Certified Director with the Institute of Directors, Southern Africa.