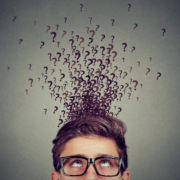 Was I brave, strong and true?

I navigated through standards as opposed to grades in my schooling. This is a time when school would begin with prayers at an assembly session every morning. This session in my school would alter between Christian, Islam, Hindu, and Baha’i faiths as the school was all-inclusive and accommodative of all beliefs. The school diary had the school rules splashed in bold on the first page (in hindsight I see how this was intentional as a scare tactic) but did not particularly have a Code of Ethics that we could pledge allegiance to. The back cover of this diary had a song that we all subscribed to across all faiths found, one which you would find us no longer singing but screaming out loud in shared bravado… ♫ Was I brave and strong and true? Did I fill the world with love my whole life through? ♪ [song by Leslie Bricusse from the 1969 film Goodbye Mr Chips]

In singing this song, we would be forced to reflect and reset our moral compasses. One would find him/herself fully aware of the service s/he owed not only to the school but to each other. The song, perhaps one might even call it an ethical development of sorts, would urge us to be aware of our efforts, our actions, and our behaviour concerning the school and others.

Through formal education, learners and teachers alike acquire knowledge and skills that are vital in the workplace. The true essence of education, one that I am in favour of and is in accordance with Greek thought, is that of education as the moulding of character consistent with that which is ideal. That is; to ultimately produce a responsible citizen rather than an autonomous personality or constricted specialist. Aristotle put it rather eloquently by saying “Educating the mind without educating the heart is no education at all”. Given our country’s education system which currently generally finds itself in a vast tangled vortex marred with scandals, corruption, legal cases of negligence, and recent bullying scenarios with dire consequences, it has become rather urgent, crucial, and necessary to find space for ethics teaching in today’s curriculum.

The social reality is that schools do not exist in a vacuum but are part of a larger society, and teachers and learners are active members of this society. They, therefore, have obligations that are demanded by the reciprocity of human relations within this society. Schools now need to focus beyond academic excellence through hard work and discipline and play their part in improving society. Education can no longer only be about the absorption of knowledge, particularly at this time where new technologies have taken over personal interactions resulting in learning becoming an impersonal process.

Justice and empathy as promoted by the Golden Rule (treating others as one would want to be treated) need to find residence on the chalkboard. The reciprocity or reversibility found in this Rule is key to moral development and behaviour (moral motivation). It is in putting yourself in another person’s shoes (social perspective-taking) that one learns about doing good, as well as on the mutualism found in our human relations and our social interconnections. The introduction of this broad cultural education (called Paideia in ancient Greece) as part of the curriculum in schools is beneficial in the following ways:

Business has adapted fittingly to turbulent times over the years by introducing ethics programmes. We now need teachers and learners to be sensitized and guided on how to act. I believe that it is only through the institutionalization of ethics in schools that teachers and learners can be “ethically insured” so to speak. That is; teaching or obeying school rules will thus become easier given the prior teaching and learning on ethics.

The absence of ethics teaching has resulted in educated monsters roaming our streets and boardrooms, some highly qualified and skilled with powerful positions. I look at some of them and ponder what their response would be when, at the end of their careers or even earthly lives, they are asked “were you brave and strong and true?”… 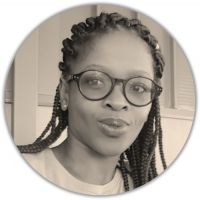 Rehilwe Senatla holds  a MPhil Workplace Ethics Degree and is employed as Project Administrator by The Ethics Institute .