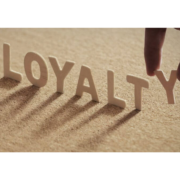 Referring to a potential decision on the longevity of the office of the current Public Protector, Ralph Mathekga posed the question as to where the loyalty of the ANC caucus will lie when a decision about this needs to be made in mid-March (News24, 9 March 2021). It turned out that the National Assembly voted to proceed with an inquiry into the incumbent Public Protector’s fitness to hold office.

The journalist referred to two ‘warring’ factions within the ANC and suggested that the faction to which members will pledge their allegiance will determine the outcome of the decision. The subject of construed loyalty, in this case, is a political party. This consideration is dominant. It also reflects a belief that what is good for the ANC is good for the country. Ron Paul’s words come to mind: Why is patriotism thought to be blind loyalty to the government and the politicians who run it, rather than loyalty to the principles of liberty and support for the people? Is the mantra ANC über alles?

Moving beyond loyalty in politics, loyalty could be examined in other contexts. Regarding family – in American movies there is a clear message: family comes first. In terms of groups – the Broederbond, Masons, Opus Dei, Mafia, or Blue Bulls are subjects of loyalty expected as a default for many.

There is nothing wrong with loyalty as a value per se. When loyalty is blind and causes harm to a subject beyond the immediate beneficiaries, it needs to be questioned. Loyalty is a good value to have. But perhaps it is secondary to some other greater more universal value(s)? Justice for example. Or fairness (to all)? Or liberty as a latecomer to the repertoire of values available to humans?

Blind loyalty distorts reasoning – ‘I will believe in the ability of my leaders who served jail sentences for fraud or corruption to have been rehabilitated and welcome them with festivities when they are released from prison. This leads to the sometimes unconditional belief that perpetrators who had been found guilty and served their sentences are now pardoned unconditionally.

The promise, often empty, of rich rewards for loyalty, abound. The reward for perceived reciprocal loyalty is being part of the in-group that eventually qualifies one to be rewarded. Members of the in-group are direct comrades in the cause but could also include external parties of a formal type – politicians,  regulators and suppliers, or of an informal type – friends, family, secret or open societies and ‘old boys’ clubs.

Rewards take many forms: sweeping ethical lapses under the carpet, often labelling such transgressions as victimless crimes; access to capital and tenders; shareholding; lucrative directorships and managerial positions; access to information such as tender processes; favourable outcomes of tender decisions; and other forms of exclusivity. Upon retirement or other forms of departure, loyalists are rewarded with a golden parachute. In more serious cases there may even be the promise of non-prosecution for crimes and other misdemeanours. Most of these rewards are bestowed without a requirement of counter contributions such as competence or capital.

There are numerous destructive outcomes of blind loyalty. Thus, the dark side of the concept of loyalty.  Outcomes are invariably positive for members of the in-group. In terms of broader moral implications, the net outcome is, however, gross cronyism and nepotism that is often even defended as being morally acceptable. Groupthink as an outcome of distorted loyalty leads to decisions with unethical consequences. Mediocrity is accepted as the norm and incompetence is tolerated. The gist of blind loyalty is that loyalists reserve the right to have a non-exclusive relationship with justice, fairness, and the truth.

Let us be more specific and turn our attention to loyalty to business organisations. In organisations, unchecked loyalty manifests in many different ways that are but contextually different from what was described earlier.  Examples being cutting ‘ethical’ corners and feeling compelled to ignore personal principles and values; being blind to the harm being caused to stakeholders; being motivated by fear and guilt; wanting to please the powers that be; being compensated to the extent that it is experienced as golden handcuffs and being rewarded for mediocrity. Punishment for disloyalty is severe and clearly career limiting.

How do organisations prevent and counter possible blind loyalty? At a broader, strategic level this commences with the conscious and concerted cultivation of an ethical culture. The latter is a collective state of mind within an organisation where legitimate expectations of stakeholders are responded to and where harm is prevented, particularly to contextually vulnerable stakeholders. Irrespective of organisations’ espoused values, establishing such a collective ethical mindset in the organisation needs to be based on ethical values such as justice, objectivity, compassion, trustworthiness, and respect.

These values could easily clash with the pursuit of strategic and work values such as growth, profitability, creativity, and a high work ethic. Such clashes need to be pre-empted and be carefully balanced with the ethical values of the organisation.

At an operational level, the organisation should manage the factors within its control. As a start, basic objective and sound decision-making based on principles of justice and fairness is required. Besides, factions and cliques need to be identified and dissolved or managed. Malicious gossip and rumour-mongering need to be dealt with, as do favouritism and bullying. The consistent and fair application of policies at different levels and in different divisions sends out the right signal. So does swift, decisive and transparent disciplinary processes as applied to ethics transgressors.

Loyalty is a destructive comfort zone. It creates an illusion of security. Absolving employees, in particular, from having to think for themselves is a comfort zone created by blind loyalty. Such a form of loyalty clouds reasoning even when the subject of one’s loyalty has demonstrated a pattern of ethical lapses. Blind loyalty literally blinds one to the actions of others that should logically have been identified as having betrayed our trust. In terms of who’s logic then?

Which individual, group, organisation or society deserves one’s primary loyalty above the rest? That does not really matter though. What is indeed important is not to fall into the abyss created by blind loyalty but to question one’s loyalty continuously. And to question the organisation’s expectations or even demands of loyalty Organisations are not entitled to blind loyalty.

A final word of advice is to heed Mark Twain’s words relating to loyalty to a society: “Loyalty to the country always. Loyalty to the government when it deserves it” and as a general guideline for individuals: “Independence is loyalty to one’s best self and principles, and this is often disloyalty to the general idols and fetishes”. 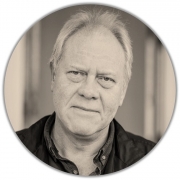 Prof Leon van Vuuren is Executive Director: Business and Professional Ethics at The Ethics Institute. He holds a Doctorate of Industrial Psychology from the University of Johannesburg.

How we contribute to protect whistleblowers
Scroll to top