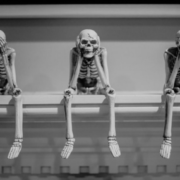 As the pieces of the state capture puzzle are starting to come together, and as the nascent sense of justice can be sensed in recent arrests, we easily forget the role played by those men and women who exposed corrupt dealings at a time when it was not particularly safe to do so.  In many instances they were just doing their jobs and reporting irregularities where they saw them, but in many more cases they broke rank and, at severe personal risk, exposed wrongdoings to the media, lawyers, or the (previous) Public Protector. Today we refer to them as whistleblowers.

Many, if you ask them, will tell you that they didn’t initially think of themselves as whistleblowers. Concerned and responsible citizens maybe. Just doing what needed to be done.  But as they experienced the personal trauma that unfolded afterwards, they realised why the term ‘whistleblower’ has such a negative connotation.

There have been many recent articles about the severe repercussions that whistleblowers have had to persevere. Many struggle to find employment after having done their public duty, leading to severe financial, emotional, and personal strains.

It is a very strange thing that occurs when someone blows the whistle. I recently read an article where someone said it is like an immune reaction that takes place and organisations and society want to expel the whistleblower. It is easier to understand this at an organisational level. The whistleblower has upset the status quo and created chaos where there was order. The fact that that order included institutionalised ethical transgressions becomes irrelevant.  It may even be that the whistleblower has pointed out practices that the rest of the management team may have had a moral blind-spot to and rather than own up, it seems that it is just easier not to face this non-team player going forward.

At the societal level it is more difficult to explain why we tend to leave whistleblowers out in the cold.  It may be that companies fear association with anyone who has had that much media attention.  Or that they are just unsure of whether this person is a natural ‘troublemaker’. Perhaps we all fear that we may have smallanyana (tiny, little) skeletons that these people with their superpowers may sniff out.

Although many will agree that the whistleblowers have taken a huge personal risk for a public good, very few are willing to take a personal risk in return and employ them.

And perhaps this is normal. But then we have to do something about it.  Surely we can’t just happily stand by and ask individuals to carry tremendous personal costs for a societal good. We don’t expect one person to bankrupt themselves to build a road that the rest of us can use.  But if they expose corruption in relation to the building of that road, we are perfectly happy for them to bankrupt themselves.

If, as a society, we feel that whistleblowers assist by shining a light on hidden transgressions that cause societal harm, we should be wanting more people to do the same. But if at the same time we are saying to potential whistleblowers that they are likely to carry a huge personal burden with which we won’t be supporting them, it surely sends the wrong message.

Frequently when we do training on whistleblowing we ask the question of whether whistleblowers should be rewarded.  Most people say no – we should not be incentivising people for doing what should be their normal moral duty. Which seems to make sense. But, it seems that as a species we don’t act in line with our moral duty and support and acknowledge whistleblowers, carrying them on our shoulders through the streets to celebrate the great good that they have done. Rather, we banish them so that we can move on and forget about the whole sordid affair.

One option is to incentivise whistleblowing in the way that the United States does.  It has no less than four programmes that incentivise people to blow the whistle on federal securities violations, exchange control violations, tax fraud or fraud against the federal government.  Generally, whistleblowers are paid a percentage of funds that are recovered by the government – up to 30% in some cases.  The largest award to date has been $250 million.

It is not difficult to see that there might be unintended consequences from a system like that, ranging from ‘fishing’ allegations to creating a corporate spying career option and a mercenary whistleblowing culture.

Also – there are cases that might not include the recovery of funds – such as environmental transgressions – which would still be without compensation.

There has been a recent letter written by a South African whistleblower that makes some suggestions.

Bianca Goodson, Trillian/McKinsey/Eskom whistleblower, wrote a public letter to Eskom CEO Andre de Ruyter asking him to actively employ whistleblowers, donate a fraction of recovered funds to whistleblowers who have lost their livelihoods, and publicly demonstrate gratitude ‘to those who have lost more than Eskom during their efforts to progress Eskom’.

De Ruyter responded with a very gracious letter acknowledging the ‘substantial contribution’ that Goodson made to Eskom, but says he can’t pay as there is no provision for it in law. I would argue that the Eskom board can decide to make a contribution on the basis that is in the long-term best interest of the organisation. If whistleblowers are shielded from fallout, future whistleblowers will face a weaker disincentive not to report, and the company will be more likely to find out about transgressions that cause it harm.

But this would still be a once-off solution. Other whistleblowers will surely face personal detriment again in future. And yes, there is the Protected Disclosures Act, but seeing what whistleblowers go through it just seems woefully inadequate.

Surely as a society we can do better. Costs for performing a societal good should be carried collectively, not individually. 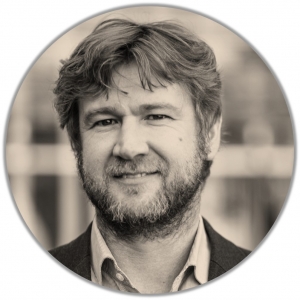