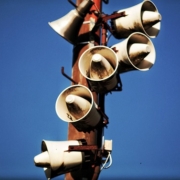 In the now, some would say, infamous letter of President Cyril Ramaphosa to ANC members (published on 23 August 2020), he stated that the ANC needs to face the reality that its leaders stand accused of corruption – and that the party itself is “accused number one”.

Although many welcomed his words and views it as a turning point in the fight against corruption, there are also those citizens who expressed their cynicism; such as VictoriaAfrica2 who Tweeted “Mr President (do you) honestly think that writing a letter is going to solve the corruption issue in the ANC? The damage is severe… The wound is soo deep and unfortunately there’s absolutely nothing he can do to solve it..” and VuoLu2Li stating that “with due respect president we are tired of the singing, it’s like a broken record now. We need action taken, we need to see people in orange overalls.” Their cynicism is of course justifiable as we have not seen much being done in bringing culprits to justice.

Ramaphosa, quite rightly, pointed out that corruption is not only a problem within the ANC but is also rooted in private sector companies and individuals, including civil servants.  This is not new news to South African citizens. We know that corruption is flourishing in our society. And although justice needs to be served to address corruption, citizens must understand that justice alone, will not solve the problem of embedded corruption in our society.

It is Aristotle who asserted that all ethical obligations stem from the fact that humans, as social animals, yearn to live in relationship with each other in constructive harmony. To do so requires that we acknowledge our civic responsibilities and demonstrate our social consciousness and determination to contribute to the good of society. To be a responsible citizen entails being an ethical citizen. This translates into being responsible; not turning one’s back on the truth: and doing one’s share as a member of society. It embodies both civic duties and civic virtues.

Our civic duty refers to our ethical obligations and standards of behaviour that forms the basis of the minimal requirements of ethical citizenship. Civic duties refer to the moral “must”, or moral obligations that society requires of its citizens, such as paying taxes, complying with the law, and minimising waste and pollution. Civic virtues, on the other hand, are more aspirational – they refer to a softer “should”. These virtues define an optional dimension of ethical citizenship and refer to behaviour that is desirable, worthy of encouragement, and praiseworthy, but not morally instructed by society. Examples hereof are giving time or money to a charitable cause, assisting an elderly person to cross the street, or standing up for what is right even if it is not self-serving to do so.

So how can being an ethical citizen contribute to addressing corruption? It is all too common to hear that the only way to address corruption is by the government acting against perpetrators. But it is not the only way. Ethical citizenship requires of us to not only do our civic duty, but to do more than is morally expected. It requires that members of society speak-up when they observe or know of corruption. It requires that citizens develop a strong sense of right and wrong and the confidence that their act of courage, blowing the whistle on corruption, will make a difference.

As ethical citizens, we need to believe that we too can contribute to addressing corruption by reporting it to the right authorities. Where would South Africa have been if it was not for courageous people like Bianca Goodson, former CEO of Trillion Capital, who blew the whistle on what was later termed State Capture, or Philemon Ngwenya who exposed irregularities in the Estina dairy farm project? These citizens did South Africa a huge favour by exposing corruption. They believed that they can have an impact, that they will be heard, and that action will be taken against the wrongdoers. Admittedly, action in some cases is still pending and it has not come easy for them as they have all suffered retaliation. Philemon Ngwenya paid with his life. But they were heard and the impact they have had on South Africa’s fight against corruption, can never be negated.

South Africans must embrace their responsibility to be ethical citizens. They need not turn their backs on the truth. We have an obligation to assist President Ramaphosa in his quest to expose wrongdoers who undermine our democracy and erode our economy. We cannot stand back and proclaim that it is the government’s responsibility only to address corruption. Those days are long gone. 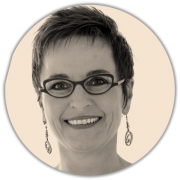 Liezl Groenewald is a Senior Manager at The Ethics Institute