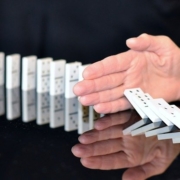 Corruption has become endemic to our society. This means that there are no longer small pockets of corruption. It is pervasive. Eskom. PPE. Money not reaching the poor. An estimated R61.5 billion of irregular government spending during 2019. Bankrupt municipalities. Skimming off the top. Blatant and shameless nepotism. Ineffectual measures to stem the tide. Unempowered and unenabled judicial and law enforcement efforts. Lots of talk about fighting corruption but seemingly to little effect.

The nett effects are a dark societal psyche, anger, frustration, despondency, and uncertainty about the future – not only our futures but also the futures of generations to come. Society has lost confidence in its leadership. So much so, that previously trusted leaders are being ridiculed in all forms of media. In short: people are gatvol. The frustration, of course, also stems from a sense of ‘we cannot do much about this’. Such a psyche, with its own particular and pervasive narrative, is clearly dangerous for societal harmony and sustainability.

How can the tide be turned? As a small step forward, we will identify several traditional and popular ways of fighting corruption and evaluate their effectiveness. We will then explore a few ideas on what could be done to affect the tide.

The most popular ways to fight corruption are based on the notion of ‘fighting corruption’. Billions are thrown at efforts to stem the tide. Thus, money is thrown at the problem. Countless conferences, forums and thinktanks are arranged to discuss ways of fighting corruption. Such forums become echo-chambers where like-minded people rant and rave about corruption and develop ’cures’ for the diseases. Practically though, the talk is diluted when it leaves the forum room. Medication or ‘cures’ are seldom dispensed after the forum discussions, as there may be structural inadequacies, or a lack of courage and competence to implement solutions generated.

Commissions of inquiry are appointed to investigate large-scale corruption. Organisations and alliances are formed resulting in treaties. Pacts are signed between various role players. Guidelines are set by ‘acronym’ and other entities such as the UNGC, OECD, TI, and the World Bank internationally, and locally OUTA and Corruption Watch.

Why traditional efforts are not effectual

In the ‘fight’ against corruption many of these initiatives are relatively successful in developed countries, yet seemingly ineffectual in many other parts of the world. Perhaps because these are thrown ‘at’ the rest of the world in the frantic fight against corruption? Without discrediting the passion and hard work of many anti-corruption efforts and entities and the people that serve in them, corruption is increasing rapidly in South Africa.

Why are these initiatives seemingly teethless? During the 2017 Annual Conference of The Ethics Institute, Trevor Manuel, in his plenary address proposed that perpetrators have lost their sense of shame. Elected and not elected officials are impervious to public shame.

Shame involves an awareness that our actions have injured someone else. It is the painful feeling arising from being aware of having done something dishonourable. The answer may be found in the word ‘in-group’. In-group thinking may stem from a collective narcissism. Zalava (2009) found that the central feature of narcissism is emotional dependence on admiration and recognition by others. When that admiration is sought on behalf of a group, narcissism becomes collective. When a particular group experiences the feeling of having been deprived of something or having been discriminated against, collective groupthink may result.

When a group of leaders share collective narcissism, they reject or attack groups that somehow threaten their group’s grandiose image. They reject criticism and acquire conspiratorial thinking, such as a shared perception of corruption as a victimless crime, a distorted sense of entitlement and a lack of empathy. Since it is easier for many people to share blame than it is for people to be held accountable as individuals, any sense of accountability is diluted within the collective. ‘It was a joint decision’’. ‘Everyone knew about it’. And, most disturbingly, when the collective forms the opinion that ‘everyone does it and that makes it okay’. Of course, the collective also demands loyalty – this invokes a culture of fear where wrongdoing is denied and even those in the system that are honest compared to the rest of the group, endorse transgressions through silence.

Leaders have power. So do groups of collective narcissists. The loyalty that they demand may not be questioned by their followers. Criticising, or even merely talking about corruption becomes akin to being disloyal. Corruption is then silently accepted by followers, irrespective of their sense of fairness and justice. Loyalty thus trumps justice.

The demand for and an unchallenged tradition of loyalty above all else invokes a culture of fear in the populace. Not only fear of speaking up but also fear and reluctance by those who have been officially designated to investigate and police corruption and to prosecute perpetrators.

It has been said that a sure sign of insanity is repeating the same action and expecting a different result. Throwing pacts, treaties, codes, and guidelines at perpetrators to ‘fight’ corruption or prevent it, becomes the same action that is repeated over and with an expectation that the result will be different, or better, than previous efforts. In-group thinking brings about the development of very thick skins that eventually cause the in-group to be impervious to shame.

Lastly, when you fight corruption, it fights back. Laws that allow forms of secrecy are promulgated. Hindrances are put in the way of those appointed to monitor and audit corruption, for example, investigators, prosecutors, internal auditors. Even the Auditor-General is handicapped, and control over the Public Prosecutor ensures an easy ride into the sunset of corruption. Whistleblowers are victimised and persecuted for being disloyal or jealous of those that have been ‘lucky’ to enrich themselves. And, of course, whistleblowers often pay with their lives.

In line with the title of this article, You cannot fight corruption by fighting corruption, I have identified a number of actions that could potentially contribute to stem the tide:

Zalava, A. (2009). Collective narcissism and its social consequences. 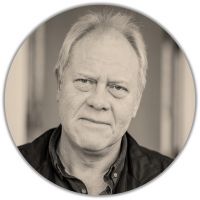 Prof Leon van Vuuren is Executive Director: Business and Professional Ethics at The Ethics Institute. He holds a Doctorate of Industrial Psychology from the University of Johannesburg.