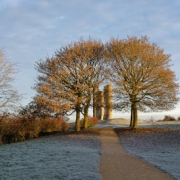 It is sometimes difficult to come to grips with our angry society.  It seems social media in general – and Twitter specifically – has become a warzone annexed by people with radical views. If you spend too much time there, you can believe that the world is entirely divided into groups of angry extremists. The rational middle ground might still be there, but it is seemingly not worth retweeting.

Let’s be clear – the world is full of injustice and urgent causes.  We need an end to gender-based violence. We need people to acknowledge that black lives matter. We need people to take global warming seriously.  We need better education for all. We need corruption to stop.  The list goes on, and sometimes the sheer extent of moral calls can become overwhelming.

One would, however, anticipate that there would be broad agreement among the rational middle ground about the need for change in most, or even all of these areas. But the middle ground is seemingly retreating into silence in fear of being caught in the crossfire of vitriolic anger, inconsistency and excessive virtue signalling.

Instead of moral concerns bringing society closer together, it seems that it is causing greater polarisation and divisiveness.

There are two reasons why this is happening.

The first involves people who are sincere but working with change that is difficult and painful.

The golden rule of ethics is to treat others like you want to be treated. In simple terms it is to be able to put yourself in someone else’s shoes. However, with a world as divided as ours we are called to put ourselves in the shoes of many.

Truly putting yourself in someone else’s shoes is difficult enough when you share a narrative with that person – for example, being from the same socio-economic class, race or gender.  If you share none of those commonalities it becomes a strain to even the best-intentioned of people.  It just isn’t easy.

Things used to be simpler when there was one dominant social narrative.  But that is why we have so much justified anger today.  People’s voices weren’t heard.  What we see today are the birth pains of a more just society.

The space has opened up for people to talk about their vulnerabilities.  Technology has allowed people to be followed and supported by those who share their experiences, fears or frustrations.   But the world is also change averse.  You can’t just politely suggest that change is probably a good idea. Sometimes those who scream the loudest are the ones who are heard.

So, the first reason why we see divisiveness is that we simply come from very different backgrounds, and people need to be vocal to be heard.

The second reason is that there are people who are actively trying to be divisive rather than unifying.

A very clear example is in the purposefully ineffective methods employed by political parties to ostensibly ‘bring about change’. They will very vocally assert that the opposition is the root cause of the problem, and that they are clearly all bad people. (One sure way of getting people to retreat into their corner, is by indicating that you intend to fight them.) And when it is time to vote on the matter, they feign surprise and indignation that the opposition closed ranks and voted against their issue.

The same applies to social media rants where people engage in moral posturing not to bring about change, but for purposes of personal power aggrandisement.  It seems clear that the intention in these instances is not to bring about change, but rather to do moral posturing.  If the opposition supports your issue, you can’t claim moral superiority and get more voters (or Twitter followers).

The purpose is therefore not constructive social change (i.e. moving towards a more cohesive moral position that builds out universal respect and human dignity), but to engage in divisive identity politics. Instead of building up it is breaking down.

Building a more just world requires difficult conversations and requires more of us to be able to put ourselves in the shoes of others. This is enough of a challenge without those who are wilfully trying to be divisive.

While Twitter may make us believe that the world is predominantly inhabited by those who wish to divide, most of us will know from our everyday lives that the people we meet are part of the rational middle ground. This middle ground has however become increasingly marginalised. Participating in public moral discourse has become a dangerous activity only for the very brave or the very stupid. Somehow the marginalised rational middle ground needs reclaim some space.

In an effort to create a less divided world, some new divisions might be necessary.  Perhaps the time has come to divide the world into those who want to be part of constructive conversations and those that don’t. Into builders and breakers.