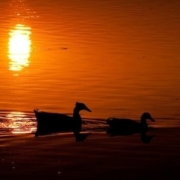 Today I found myself abiding by the rules and being angry at myself for doing so.

(The rules in question are of course the South African COVID-19 lockdown restrictions.)

I couldn’t help but think that my response was irrational. Either you happily go along with your own actions, or you change course. But it is not so easy for everybody.

Perhaps it is personality, or maybe it’s habit, but I find a certain comfort in going along with most rules. I believe that society is relatively well structured and abiding by the rules help us to retain the levels of stability that, if we are lucky, will take us on a positive trajectory to an even better structured society.

I discussed my discomfort with a more independently spirited friend who had just returned from dropping off an employee (who should not have been working – according to the rules). For him the decisions are quite simple. The rules are surely there to protect him from harm, and since he is also capable of rational thought on the subject, he will take decisions that do not place himself or others at risk – balanced with other rational factors. If the rules are not rational they are not worth following. As he says – “I can think for myself.”

And perhaps my own anger at my rule-following is that I am beginning to doubt whether I am thinking for myself, and whether I am just blindly following irrationality.

Following rules out of habit should in theory be a positive thing. According to Aristotle, moral virtues are principles that will lead us to living a more fulfilled, flourishing life. We learn these virtues by being educated into them through various societal forces, such as our family and our formal education. Initially living according to the virtues does not come naturally to us. But as we are taught the virtues, and practice them, we start to follow them habitually. And we find pleasure in living these virtues, because we know that they will lead to us living a better life.

One of the pre-conditions for the virtues leading to a happier, more fulfilled life, is that we should live in a just society. In other words, the rules of that society should make sense according to the principles of justice.

I know many otherwise decent people who have decided that the lockdown rules don’t make sense to them. They abide by social distancing, they wear their masks and wash their hands, but they also try to keep businesses going. For some these decisions are easier than for others.

I also know someone who is extremely law abiding and is tremendously angry at the government for forcing him to break the law to buy cigarettes. It may seem like a small thing, but for someone who has been habituated for 70 years to believe that rule-following is the way to live, it sits uncomfortably. But he will get over it. Many police officers have to enforce rules that they don’t agree with. Many simply won’t enforce those rules. It may initially be difficult, but they too will get over it.

And here is the big concern. As more and more people invariably become comfortable with breaking the rules, or not enforcing the rules, this too might become a habit. If all rules make sense, it is simple. Abide by the rules. Everyone is clear, and there follows a social compact about abiding by rules. It makes it easy for those who enforce the rules, because the social spirit supports them in doing their work, and they are seen to be contributing to a more stable society.

However, once you start making rules that are arbitrary, nonsensical, or clearly don’t lead to a more just society, it starts to show a certain disconnect between those who are making the rules, and those who are expected to follow them. Rather than government for the people by the people, it starts to indicate that leaders feel that they don’t have to explain themselves to the people. It becomes akin to a parent-child relationship. The difference is of course that parents can’t explain all their decisions because young children cannot yet understand the full complexity of life. Citizens are however different, and feeling that you don’t have to explain yourself shows how leaders view the maturity of their citizens.

As I grapple with these issues as a relatively privileged South African, I am not blind to the fact that there are many citizens to whom even our normal rules don’t contribute to a more fulfilled life. Nonetheless, it does seem that the stability of a rule-following society is necessary to move forward to a more just society.

I do hope that we will soon move to less restrictive, or at least more coherent lockdown regulations, and that we can return to a ‘normal’ relationship with rules. I am however fearful that this episode will leave lasting habits in a country that could do with more rule-following, not less.

National Lockdown: Homo Empathicus under the gaze of the law
Scroll to top