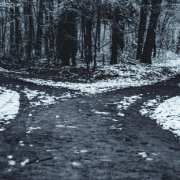 In April this year the World Health Organisation (WHO) lauded South Africa’s efforts in slowing down the COVID-19 pandemic transmissions through its “meticulously crafted” approach to stay ahead of the virus’ spread. By now we are all too familiar with the government’s strategy that forced us into, what has been internationally recognised, as one of the strictest levels of lockdown, to ostensibly allow for preparation for, and primary prevention against, the Corona virus. And we have indeed seen a very slow rise, compared to other countries, in the number of infections and deaths. So that is good, yes?

Indeed, on the surface, it seems good. However, the regulations, or ‘rules of the game’, had a destructive impact on the moral autonomy of the citizens of our country. Moral autonomy refers to an individual’s psychological capacity to arrive, through deliberation and intrinsic motivation, at what is right and what is wrong. The government would have done well if they rather called on this capacity of its citizens than imposing often senseless rules coupled with equally senseless punishment for the transgression of these rules.

What have they done instead? Through the rules and regulations they forced citizens through extrinsic motivation to take responsibility for their actions. We have lost our moral autonomy, we are motivated to take responsibility for the health and well-being of our loved-ones, communities and ourselves, because we are told to do so and not because we are motivated from within ourselves. Rather than being motivated to do the right thing from the basis of our belief to protect the basic human right of people to be healthy and safe; and our values of care, compassion, responsibility and accountability, people are behaving ‘good’ because they fear punishment. We are thus extrinsically motivated to do what is morally expected and acceptable.

Intrinsic motivation is behaviour stimulated by what comes from within an individual. For example, a person learns math because it fascinates them, and as such they are compelled internally to do their best. Extrinsic motivation, on the other hand, is when we are motivated to do something because of the reward when they do it, or fear of punishment if they do not do it. In the math example a person may learn math because her parents force her to take it, although she might have no interest in it at all.

Level 5 of our lock-down certainly, by most scientific accounts, did have a positive impact on getting the country ready to deal with the pandemic and to slow down the initial number of infections and deaths. But the time has come to allow the citizens of this country to take back their moral autonomy. A glance in the direction of Sweden, will serve the government well in this regard.

They have embraced and appealed to the moral autonomy and intrinsic motivation of its citizens to do what is morally right. Instead of tight lockdowns and countless regulations, Sweden has encouraged its citizens to use common sense, work from home if possible, and not gather in crowds of more than 50 people. They have allowed people their moral autonomy and implored them to take responsibility for their actions, as well as the actions of those close to them. The result was that, for example, those who could work from home did so, going to restaurants and bars declined by 70% and people take personal responsibility for social distancing.

The South African government’s approach of forcing citizens to take responsibility for their actions had the opposite effect. Instead of everyone complying with the rules, many people are evading the rules by engaging in illegal activities, supporting illicit trade and getting involved in social conflict. We are all too familiar with reports of break-ins at liquor stores, reports of the increase in the illicit trade in cigarettes and protests against hunger and loss of jobs.

The time has come for the government to understand and embrace the inherent desire of people to have moral autonomy, to be in control of their decisions and actions, to self-govern their desire for freedom and social interactions, to challenge themselves to work towards a meaningful goal and to be recognised for their efforts.

The time has come to call on the intrinsic motivation of people to do the right thing by taking responsibility for their and their loved-one’s health and well-being. The time of forcing them to do so through a myriad of often senseless rules and threats of unfathomable punishment if they do not comply, has passed.