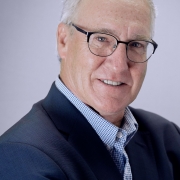 Crisis always has the potential of bringing out the best and the worst in human beings. We have already seen much of both in the current Corona crisis. We have seen gestures of goodwill where people make personal sacrifices for the sake of others who are detrimentally affected by the Pandemic. However, we have also seen people who make exceptions of themselves by not abiding by the measures announced to curb the spread of the Corona virus, thereby recklessly putting their own and the health and safety of others at risk.

This is not only true of individuals, but also of organisations. We have seen organisations making substantial sacrifices to serve the well-being of their stakeholders and the broader society. These range from substantial donations to relief funds, salary cuts by executives, keeping staff on the payroll even though there is no income, providing food to the hungry, to mention but a few. However, we have also seen gross unethical conduct by other organisations, ranging from exploiting the vulnerable by charging excessive profit margins on desperately needed items such as sanitisers and personal protective equipment, submitting fraudulent applications to relief funds, and blatantly ignoring the measures announced to curb the spread of the virus.

How should organisations think about their organisational ethics in the time of Corona? Is this a time for a moral vacation? A time for suspending moral responsibility? For claiming that we are now in a state of survival, where it is a case of ‘Bread First; Morals Later’?

The time of Corona is not a time for a moral vacation, or for a moral moratorium. It is a time for walking the extra moral mile, and for exercising moral imagination.

What are the ethical responsibilities of leaders of organisations in this time of crisis?

The Corona Pandemic has already changed our world in many ways and is likely to change it even more. However, it has not changed the fact that leadership matters when it comes to the ethics of organisations. To the contrary, ethical leadership has probably become even more important in steering organisations through this crisis, as well for recovering from the crisis.

It is by now well-documented that the current crisis is causing wide-spread anxiety, uncertainty, and even grief. People are worried, desperate and uncertain. This includes leaders of organisations, who worry about their staff, about meeting financial commitments to suppliers, and about the survival of their organisations – and they toss and turn in their beds at night, worrying about a wide range of repercussions of the Pandemic.

Leaders, first, have a moral obligation to look after their own health and sanity. You can only assist others if your body and mind are in a healthy and sane condition. This is not a license for selfishness, but a precondition for providing sane and sustained leadership in a time of crisis.

Leaders also have the moral duty of bringing as much calm and perspective to their staff, suppliers, shareholders and other stakeholders within the obvious constraints imposed by the Pandemic and its health and economic consequences.

Frank, honest, timely and accurate communication by leaders is required to calm fears and anxiety, to create realistic expectations, and to ensure that the commitment and collaboration of all stakeholders are maintained.

And when tough choices have to be made as a last resort – like not being able to pay staff or suppliers – these decisions need to be communicated in a way that will bring understanding of the legitimate considerations that prompted such decisions, and that convey empathy for those who are adversely affected by such decisions.

In times of crisis, leaders are faced with tough choices. Choices such as: should I put the health of my employees first or their economic survival? If I face a cash flow crisis, who should be given priority in terms of payments? Should we have salary cuts across our organisation, or should we first trim at the top? Healthcare professionals face even tougher choices: I only have three ventilators available, but 5 or 15 patients that depend on these three ventilators to save their lives; who should be given priority? What are the most relevant criteria: age, wealth, education, influence, or should we treat them merely on a first come, first served basis?

All such questions are genuine moral dilemmas, which could only have a less than optimal outcome. It is seldom a case of choosing between what is morally right and wrong in such circumstances. It is rather a case of doing as little evil as possible. In situations like these, leaders in organisations cannot rely on ready-made answers that can be downloaded from a platform, or on algorithms that can solve the tough choices on their behalf. It requires leaders to go through the process of consulting with others, but also consulting their own conscience and values. It demands moral reasoning to come up with the best possible solution, while still carrying the weight of the knowledge that there will be collateral damage.

It is times and dilemmas like these that call on organisational leaders to ignite their moral imagination, and to start thinking above and beyond business as usual. We need moral imagination not only to deal with ethical dilemmas as mentioned above, but to also try and prevent such moral dilemmas from occurring in the first place. What can we do today, to prevent us from facing such tough choices tomorrow, or next week, or next month?

The way in which leaders steer their organisations through this crisis will not only determine whether organisations are able to weather this storm. It will also determine how organisations emerge beyond the Pandemic. The quality of ethical leadership practiced in the storm, will determine the trust that both staff, suppliers, clients and society will have in organisations when they emerge on the other side of this crisis. And let us be reminded that trust hinges on two factors: ethics and competence. But the greater of the two is ethics – as was found in the 2020 Edelman Trust Barometer.

Prof Deon Rossouw is CEO of The Ethics Institute. He holds a Doctorate in Philosophy from University of Stellenbosch and is a Chartered Director with the Institute of Directors of South Africa.

Ethics during lockdown
Scroll to top