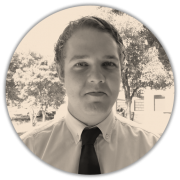 by Dr. Paul Vorster  | Published on 25 March 2020 for The Ethics Institute monthly newsletter

Humanity now faces a threat second to none. As of writing this article there have been 424 802 infections with 18 962 deaths due to the SARS Cov-2 virus that causes the respiratory disease known as COVID-19. Over 197 territories have been affected by this pandemic. It is essentially a global threat. It is harming our economies as stock markets fall and countries effectively shut their borders in a total ‘shutdown’. The effect of this virus is not just illness, but possible economic collapse and in the worst-case, social collapse.

In the recent weeks I have seen stories of people panicking and buying out essential goods from supermarkets. In a more horrific turn of events, my local supermarket had incidents where older people, who are at most risk of death from this pandemic, were shunted aside as younger and stronger citizens with more buying power stockpiled goods.

There are stories of people ignoring the risk of the virus and being irresponsible, with a new social media sensation where people expose themselves to the virus as a sort of ‘exciting’ risk. Do they not realise that their health may affect the health of others? Especially those with chronic diseases or the elderly.

Additionally, there has been the constant myths and fake news that have caused panic and discrimination against citizens from countries where the outbreak is at its worst. People discriminating against those of Asian descent as if they are not victims, but usurpers. The same has now happened to many Europeans.

But there is something we can do. We have the power to not let this pandemic define our worst selves, but rather for it to define our very best as a species. We have an opportunity in the shadow of this threat to transcend beyond our egocentricity and start to behave in a more sociocentric manner. To care for those that cannot care for themselves and to demonstrate courage in the face of this threat.

History has a few lessons to teach us. A little more than 2000 years ago the Greeks were a disparate group of clans and city states each with their own culture and traditions. They hated one another. Greeks from different city states viewed other Greeks from other city states as sub-human. Very often they would engage in war with one another, infighting and genocide. But then, the Greeks faced a larger threat in the form of the well-coordinated and integrated Persian army. The Persians invaded Greece and capitalized on the lack of coordination between them to wipe the Greek culture from existence one clan and city state at a time. The Greeks did not just face defeat, but annihilation of their people and diverse culture.

How did the Greeks respond? They chose to unite against this enemy forming the first democratic republic where every Greek citizen was a Greek for the first time in their long history. Some Greek city states sacrificed their own existence to slow down the Persians and give the newly formed Republic the time it needed to put its differences aside and unite against a common enemy. This was progress of the highest level and they did it. They drove this enemy back.

COVID-19 is a common threat to all humanity. No matter our religious backgrounds, our ethnicities, or our sexual orientations; whether we are politically conservative or liberal; or whether we are Christian, Jew, Muslim, Buddhist, Taoist or of any religious affiliation; whether we are male, female, transgender, gender neutral, non-binary, agender, pangender, genderqueer, two-spirit, third gender, all or a combination of each; COVID-19 does not discriminate. It capitalizes on our ‘worst-selves’ like the infighting in the early Greek states to destroy our social cohesion.

We need to stand up and unite against this disease. We need to put aside our differences and focus on the one thing that binds us all together. That thing is human suffering. No matter your background, each of us can feel pain either physically or emotionally. We have the responsibility to use this threat to better ourselves as a global community forever. To ensure that we reduce suffering for everyone.

Our diversity is a strength everyone always says. Indeed, it is, but only if it is coordinated effectively and is mutually beneficial. Diversity if egotistical, can cause infighting and social separation. Humans are the only species that will travel across the globe to help others they have never met in times of disaster. This type of behavior demonstrates that we can be more than we are. We have the capacity for empathy and courage. We can overcome our animalistic instincts and do what is reasonable and good.

Let us thus not let COVID-19 exploit our worst-selves. Let us define our own terms. Let us do what is good for ourselves and others and not just what is good for the self. We are just at the beginning of this pandemic, there may be many months ahead of us. Philip Zimbardo, one of the greatest social psychologists of our time, made an interesting observation. He said that times of great tragedy such as war, genocide, and disaster bring out both the best of us and worst of us. Nazi’s persecuted Jews during a time of war, but other German citizens, at risk to themselves, saved thousands. The same situation in which evil thrives, has the potential to throw up heroes. Real heroes look no different from you or me, it is in their actions that they are different. It is when people tap into their moral courage and do what is good for everyone that mankind is at its best.

We must unlock our heroism and ethical courage and have empathy for those weaker than us during this trying time. Let the young protect the old, the strong protect the weak, and let each of us do our part to help those who will be in the most need in the coming months. We have a responsibility to think in terms of a sociocentric ‘we’ and not the egocentric ‘me’. If we can do this, and we know we can, COVID-19 will be humanity’s ‘finest hour’.

The main culprits of weak ethical cultures
Scroll to top