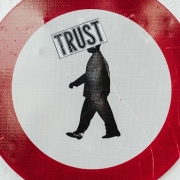 2020 did not start well for South Africa. There was load-shedding during the school holidays, despite President Ramaphosa’s promise to the contrary. Moody’s rating agency down-graded the Landbank to sub-investment credit grade or ‘junk’ status. The International Monetary Fund cut South Africa’s economic growth prospects from 1.1% to 0.8% for the year. And all of this in just the first few days of the new decade. 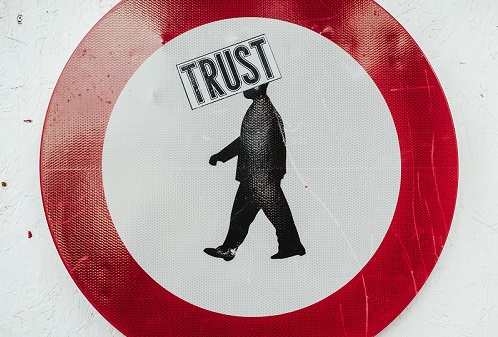 Not a great start to the year, and surely cause for deep concern. It is no surprise that many see the most recent stream of bad news as a continuation of a decade of decline. Over the past 10 years, which many have come to think of as the state capture era, South Africa regressed on a number of important international comparative indices and rankings. For example, on Transparency International’s Corruption Perceptions Index, South Africa dropped from the 55th to the 73rd position over the last decade, and on the World Economic Forum’s Global Competitiveness Report, the country fell from 45th to 60th over the same period.

South Africa’s seemingly unstoppable decline is darkening the mood of many of her citizens. It is just getting too much to stomach. Many are considering jumping ship. According to a recent report, emigration queries by South Africans increased by 70% from 2018 to 2019.

The big question we all face is whether it is possible to turn the ship around. Can this seemingly unstoppable flow of bad news be arrested, or are we collectively sliding down a slippery slope toward a disaster situation from which there is no return?

The decline in South Africa is attributable to many factors, but there is wide consensus that the corruption associated with state capture did the lion’s share of the damage. And indeed, this is evidenced by the fact that the country’s backsliding on international indices and rankings more or less coincides with the Zuma presidency.

And what about the new dawn announced by Cyril Ramaphosa when he took over the reins of   power? Does the latest stream of bad news effectively turn the new dawn into dusk?

It is all too human to assume that the future is a perpetuation of the present. But history tells us a very different story. Dramatic turnarounds can be achieved. Think about China after Mao, Germany after Hitler, and South Africa after Apartheid.

Rebuilding trust after a prolonged period of corruption is a long and arduous journey. The 2020 Edelman Trust Barometer, despite its gloomy findings about South Africa, provides insight into what it takes to restore trust in institutions. The report states that the two factors that determine whether people trust an institution are competence, which they define as the ability to deliver on promises, and ethics, which they define as doing the right thing and working to improve society.

In a 2019 study in 40 global companies, Edelman found that, although both competence and ethics matter when it comes to the ‘trust capital’ of companies, there is a distinct difference between the comparative contributions that ethics and competence makes. Ethics, it was found, accounts for 76% of trust capital, with competence making up the remaining 24%.

This finding is of great significance for trust in government and business, as well as for all other institutions in the private and public sectors and in civil society that are suffering from a trust deficit. Any institution that desires to gain or regain trust needs to ensure that it delivers on both the competence and ethics fronts.

I believe that, since the start of the Ramaphosa presidency, a lot of serious effort has been expended to restore competence in key state institutions, including the National Prosecuting Authority and the South African Revenue Service. The same goes for state-owned companies like Eskom, Transnet and South African Airways. Also, in the private sector, the focus has been on restoring trust in the competence of companies like KPMG, SAP and others that have been implicated in state capture.

But what about the ethics part of the equation, the part that counts for of 76% of institutional trust? The state capturers, tenderpreneurs and those who benefitted from large-scale corruption are putting up a fight to stay out of jail or to retain the lucrative deals they scored by nefarious means. They are up against a major push, both in the public and private sectors, to root out corruption, and to start rebuilding the ethical culture of various institutions.

While it has not been an easy process, and the fight has not yet been won, there are signs of progress on the ethics front. In January 2020, Transparency International released the latest edition of their authoritative Corruption Perceptions Index. According to this report, South Africa increased both its score and its worldwide ranking over the last year. On the scale, where 0 represents a totally corrupt country and 100 a totally corruption-free country, South Africa went up from 43 to 44. Over the same period, South Africa also improved its international comparative ranking against 180 other countries, from 73 to 70.

Granted, one swallow does not make a summer, but this is already the second swallow on the horizon in recent months. Towards the end of last year, the South African Corporate Governance Index also reported an improvement in the perceptions of organisational ethics in the country.

Thus the Corruption Perceptions Index 2020 and the South African Corporate Governance Index 2019 both signal that South Africa just might have hit bottom, and is now on the road to recovery. Prospects might not be as bleak as they seemed at the start of 2020.

We should have no illusions that the road to recovery is a long and arduous one. Trust lost takes a long time to regain. And it requires organisations to consistently display ethics and competence. It is a journey that not only requires patience and perseverance but, above all, resilience: the ability to bounce back with renewed energy despite setbacks and despite the temptation to give up.