It is interesting to observe the fiasco currently playing out around now ex-South African President Jacob Zuma. In February, Zuma resigned from office at the behest of the African National Congress’s (ANC) National Executive Committee. The leader did not want to leave, and it took numerous discussions and concessions to get him to resign and make way for Cyril Ramaphosa to step in. And when he did eventually concede, he maintained that he had done nothing wrong. Unfortunately, the lack of a clearer stance and stronger sanctions of his behaviour then is now starting to haunt the ANC. 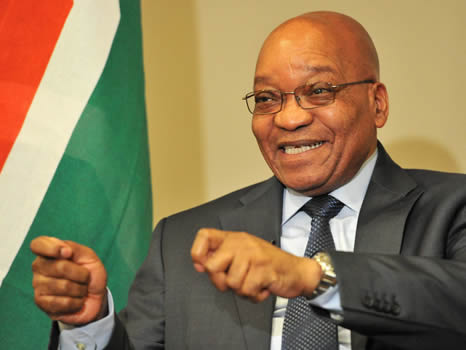 In the last municipal elections in 2016, the ANC performed poorly compared to previous years, losing ground to opposition parties (or coalitions), especially in the big metros. Later, polls indicated that further confidence in the party was lost as a result of Zuma’s maverick cabinet reshuffles and again as the revelations of state capture came to dominate public consciousness. The impact of a decade’s worth of political interference in state-owned enterprises revealed itself through eye-watering figures of financial losses, while core social service delivery was hamstrung, even completely breaking down in some areas. Zuma’s leadership was also a wrecking ball to one of the sacred cows of post-Apartheid South African politics, namely the tripartite alliance among the ANC, the Congress of South African Trade Unions, and the South African Communist Party.

Against this background, it is stating the obvious to say that Zuma’s leadership harmed the legitimacy of the ANC.

And yet, during those surreal few days in February, the ANC did not give clear reasons for Zuma’s removal, stating simply that it was in the best interests of the newly-elected leaders and was needed for ‘party unity’. Indeed, it was effusive in thanking Zuma for his leadership. The obvious reasons for his removal (obvious to a large portion of the general public, anyway) were never given and, into this vacuum, Zuma was able to say with some grounds that he had no idea what he did wrong. In a purely technical sense, then, Zuma wasn’t actually removed from office, he simply resigned for the greater good of his party; he is a hero, or a martyr, not someone who should be punished.

Waning ‘Ramaphoria’ aside, the organisation cannot afford to become mired in renewed factionalism less than a year away from the next general elections. Yet, this is exactly what is happening. Recently, a new political splinter faction has emerged which wholeheartedly supports the ex-President. This faction, primarily from the ranks of the ANC, calls itself Mazibuyele Emasisweni, which loosely translates to “Let them go back to their principles”. According to reports, the group’s primary goals are to lobby for Zuma and to form a political party, the African Transformation Congress. Their mandate is to pull the electorate away from the ANC, which they feel wrongly ousted Zuma from office. To them, Zuma was never found guilty of anything and was removed due to a malicious conspiracy.

So, Zuma has become a thorn in the side of the ANC, indirectly polarising supporters and leadership, and profoundly undermining its ‘unity’ project. How did it get here?

The organisation has demonstrated strength of certain convictions, among which ‘loyalty’ has been paramount. Members of Parliament aligned to the ANC averted a number of motions of no confidence in Zuma over the years, not necessarily because they agreed with his views and actions, but because demonstrating unity and loyalty are seen as the right thing to do within the party. The same logic applied in the manner in which Zuma’s departure unfolded. No clear reasons were given, because how could they have been, without admitting that the prior unyielding support for him had been wrong? Now, as the narrative of Zuma-as-fallen-hero gains apace in some circles, there is little that the current ANC leadership can say, without some serious back-pedalling.

There simply was not enough done at the opportune moment when the errant leader’s conduct was in the spotlight. Things that should have been said remained unsaid. Resignation from a position should not equal resignation from responsibility.

Unfortunately, the precedent has been set, and this kind of situation is all too familiar within the South African context. It is easy to think of prominent examples, from across the spectrum: Sipho Malaba (former KPMG SA senior partner), Supra Mahumapelo (former North West Premier), Qedani Mahlangu (former Gauteng MEC for Health and Social Development), Markus Jooste (former Steinhoff CEO), and Matshela Koko (former Eskom CEO) all simply resigned, or were asked to leave their respective organisations, due to unbecoming (unethical) conduct. Do their cases, added together, constitute a powerful deterrent to others not to follow their example?

The general answer at this stage is ‘no’. The message, instead, is that even though you may have to resign if found out for engaging in unethical behaviour, you can still live off the spoils of your tenure. Chances are good that you will not face criminal charges, or a disciplinary hearing, or even ostracism from your party/organisation. If you do face criminal charges, you can probably engage in a protracted court case that may not be able to sanction you in the long run. Indeed, legal and disciplinary processes often protect perpetrators, and organisations have good reason to try to hide the extent of unethical behaviour to avoid further reputational damage.

And we wonder why we have so many ethical breaches in both the public and private sectors.

It was encouraging to see that Pravin Gordhan openly stated why Tom Moyane was asked to resign from the South African Revenue Service, indicating exactly why he is considered unfit for office. Speaking out in this way often puts one at risk, but it is paramount to signal to everybody looking on that someone has done wrong, and so they are being sanctioned. Speaking out in this way takes courage, and we need to see more of it, if we are ever to learn from our mistakes.

The truth is that unless individuals are sanctioned effectively for unethical behaviour, and their unbecoming conduct transparently communicated to others, organisations and institutions will be doomed to live out the bad dream indefinitely.

Dr Paul Vorster is a Research Specialist at The Ethics Institute. He holds a doctorate of Industrial Psychology, which he attained from the University of Johannesburg.