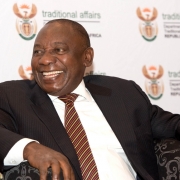 by Liezl Groenewald | Published on 26 February 2018 for The Ethics Institute monthly newsletter, along with a press release version

On 15 February 2018, the day Cyril Ramaphosa was sworn in as President of the Republic of South Africa, a new era dawned in the country. This new era promises hope to many citizens, workers, school children, university students, investors, and organisations of all kinds. We have seen many “new dawns” in our history, so what makes this one special? Why are we all so hopeful? 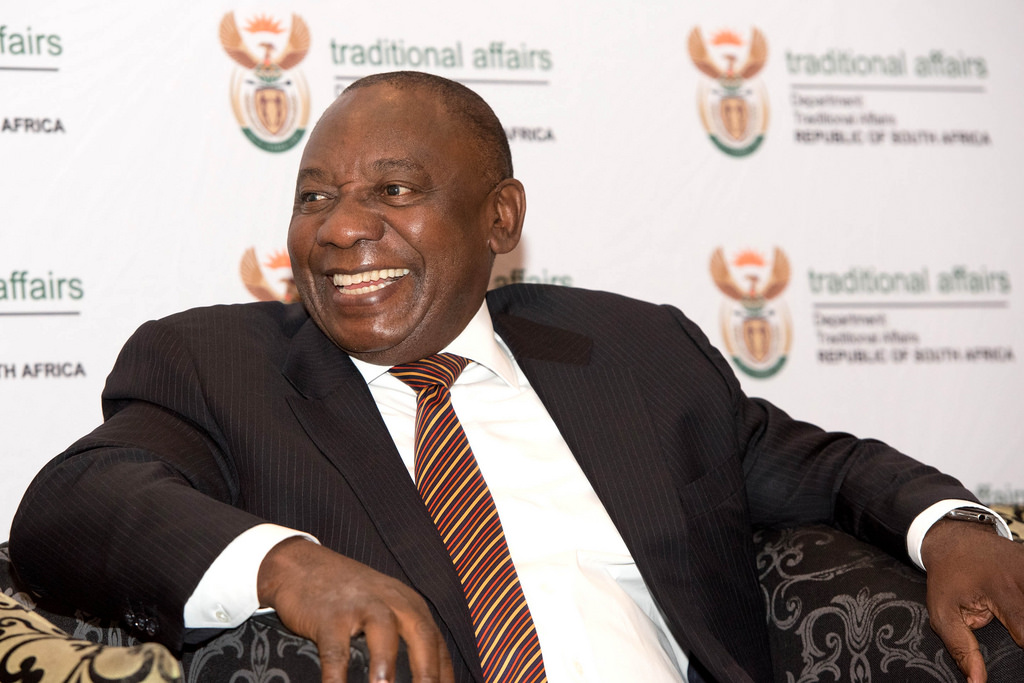 “In the currency of credibility, Cyril Ramaphosa is currently a very rich man. But, like

we have seen with the fortunes of many ‘wealthy’ individuals in recent times,

things can change suddenly and dramatically.”

The answer is not complicated: we have, for the first time in a long time, a person in the Presidency of the Republic who is perceived to be credible.

Voluntarily signing up for a long, challenging journey to bring about change in any organisational context – from a family-run corner shop to, indeed, the government of a country – requires not only commitment, but also the trust of stakeholders. Trust is only granted to credible people. Credibility is defined as the quality of being convincing or believable, being trusted and believed in, and having the power to inspire belief. Bearing these qualities in mind, it is not hard to understand why credibility is probably the holy grail of leadership that everyone in power aspires to attain.

Leaders gain credibility not only through what they say, but how they say it. As a cogent example, compare the response to President Ramaphosa expressing in Parliament an intention to fight corruption, to when Former President Jacob Zuma said the same. Their words may even have been identical – “rooting out corruption” comes to mind – but Ramaphosa was believed, while Zuma was not. The new president did not need to attack possible culprits (including his predecessor) by name, but rather communicated his message with a level of gravitas that gives the strong impression that he is serious. Credible leaders stay focused on the argument, not the person.

Credibility ranks as one of the essential characteristics of a trustworthy leader, but another is simply the ability to be genuine. Being genuine requires that one shares one’s true self with others – keeping it real, so to speak. The President goes for morning walks and invites the public to join him, taking selfies with ordinary citizens. In my mind, this is a sign of keeping it real, irrespective of that the fact that it also makes for good public relations. Furthmore, Ramaphosa delivered the State of the Nation Address with confident body language and a clear message, punctuated with an open smile and laugh. (Of course, Zuma was also very ready with a smile and a laugh, and so, in themselves, these gestures are not new; but how extraordinary to observe the different effect they have when delivered by individuals of such vastly different levels of trustworthiness.)

In a 2016 radio interview on 702, Cyril Ramaphosa and Roelf Meyer (both of whom were central in the negotiations to end apartheid) reflected on what it took to bring the African National Congress and National Party to agreement. Ramaphosa mused, “At an organisational level, our relationship had matured and was based on accountability to our principles. Nothing was hidden. It was openness and a total commitment by the two entities to find solutions to the country’s problems.” So it appears that this is how Ramaphosa has done things in the past and many believe that he will proceed in the same fashion, which shows that there is nothing quite like a track record of demonstrable achievements to establish one’s credibility. Actions speak louder than words.

Then again, Ramaphosa has the events of Marikana eternally connected with his name and, as many commentators are pointing out, was “there all along” while state capture was spreading its tentacles and disabling key state institutions. Again, actions speak louder than words! So, if he is to successfully ride the wave of goodwill behind him, his track record going forward must be defined by decisive, ethical leadership. And there’s not a moment to lose…

Thus, in the currency of credibility, Cyril Ramaphosa is currently a very rich man but, like we have seen with the fortunes of many “wealthy” individuals in recent times, things can change suddenly and dramatically. Let us acknowleddge that a new era has dawned in South Africa – one that is so far characterised by heightened morale among citizens and belief in a better future – and be glad. However, it is early days for these multidimensional change efforts to take effect – particularly instilling the values of the Constitution in the public and private sectors and sanctioning those who have transgressed them – and only time will tell whether our hopefulness is justified.

Liezl Groenewald is Manager: Organisational Ethics Development at The Ethics Institute. She holds a Master of Applied Ethics for Professionals from University of Witwatersrand.