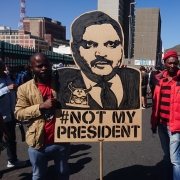 by Kris Dobie | Published on 26 September 2017 for The Ethics Institute monthly newsletter, along with a press release

South Africans are angry. And South Africans are hungry for justice. As a society, we have had to endure a significant amount of frustration at the lack of accountability from a clearly corrupt cabal of individuals who have plundered state resources for their own ends for several years.

It is no surprise, then, that the dramatic fall-from-grace of KPMG and Bell Pottinger has been received like a welcome gift by the public. Finally, we have been shown the soft underbelly of implicated organisations, and we are not going to miss our chance to punish them: we delight to see senior staff resign; we seethe while reflecting on the damage caused by the now-discredited SARS report; and we wait with bated breath for the next large corporate to fire its auditors…

Indeed, if some of the commentary in the media is anything to go by, it appears that South Africa will not be satisfied until there is nothing left of these companies.

Meanwhile, no matter how many civil protests take place, President Jacob Zuma remains in power, innocent until proven guilty for his 783 counts of corruption. And the Guptas remain comfortably ensconced in Saxonwold. Something doesn’t add up. 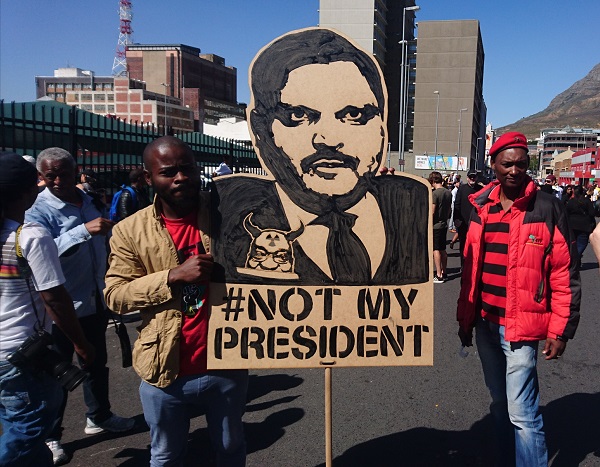 What factors cause us to be able to hold KPMG and Bell Pottinger to account, but unable to deal with the bigger problem? There are two main factors.

The different pace of choice in the commercial vs political arenas

The first factor is choice, also known as competition. In the private sector, clients can take their business elsewhere; many have done so, and many more are likely to do so. To have a shot at survival, the implicated companies need to come clean. They are facing something worse than legal sanction, and that is becoming a social pariah with whom no-one dares be associated. There is nothing like having its sustainability threatened to make a company take note of its moral responsibilities to society.

In the political system, choice is a much slower wheel to turn. Political customers (citizens) only get every five years to decide whether they want to take their political business elsewhere. And even then, political parties can count on deep loyalty from the electorate, with voters seemingly being more likely to change their sports team than their political affiliation.

In the shorter term, it is possible that parliamentarians could drive necessary change but, on the whole, they don’t. And that brings us to the second factor.

Of the many who are calling for the implicated companies to fall, most have no vested interest and would not suffer from their destruction. They have the power to influence society and, in many cases, they are the decision-makers that can remove contracts.

The same cannot be said for parliament. Those who have the power do not have the independence. The ordinary parliamentarians might on paper have the power to hold the executive to account, but in practice they are the political juniors of those embroiled in corruption, and are dependent on them for their continued employment.

A cynical observer might say that this is the same lack of independence that sees KPMG International marking the homework of their affiliate, KPMG South Africa. But, in reality, it is a lot worse.  In reality it is closer to KPMG middle management being asked to investigate the KPMG executive. This would clearly put them in an untenable position and society would not stand for it. And yet that is the only option that we have in parliament.

In theory, we also have independent institutions such as the police, the Hawks, and the National Prosecuting Authority. In practice, most of their heads are appointed by the president, and they are more like the Internal Audit function in an organisation. Useful, until they find something against the CEO.

What should we take from all of this?

Finally, a word of caution that we should not let our hunger for any justice blind us in our quest for systemic justice. We should remain firm but rational in our judgement of implicated companies, without giving up on the bigger prospect of finally witnessing the architects of state capture being brought to book. Save some appetite for the main course.

Kris Dobie is Manager: Organisational Ethics Development at The Ethics Institute. He holds a Master of Workplace Ethics from the University of Pretoria.