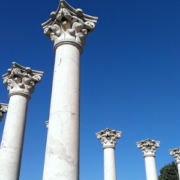 The Ethics Institute (TEI) in partnership with the Department of Cooperative Governance and Traditional Affairs (CoGTA), the South African Local Government Association (SALGA), and the Moral Regeneration Movement (MRM) is pleased to announce the launch of the Local Government Ethical Leadership Initiative (LGELI).

Its objective is to facilitate a national dialogue on ethical leadership in local government, culminating in the development of a Code for Ethical Governance in South African Local Government by October 2023.

LGELI supports the 2016 Local Government Anti-Corruption Strategy that has a specific commitment to “Facilitating a national dialogue on governance and ethical leadership in municipalities”, as well as the National Development Plan, which envisions “a South Africa which has a zero tolerance for corruption, in which an empowered citizenry have the confidence and knowledge to hold public and private officials to account and in which leaders hold themselves to high ethical standards and act with integrity.”

Stakeholder engagements during the development of the Local Government Anti-Corruption Strategy highlighted the blurring of lines between political, administrative, personal and community interests, often linked to corruption and maladministration.

The existing governance frameworks and standards, including the Codes of Conduct for Municipal Councillors and Municipal Staff Members, all deal with issues of integrity.  They are however silent on some of the most pressing ethical challenges facing municipal leadership. The King Code for Corporate Governance sufficiently addresses structural challenges to good governance in many organisations, but falls short of supporting local government leaders with their specific challenges.

There is therefore an urgent need for strategic conversations among municipal leaders and broader societal role-players to systematically identify the ethical challenges of local government leadership, as well as the structural factors that give rise to them.  There is also a need to reflect on what ethical leadership entails in municipalities, and how to create an environment where ethical leadership can thrive.

LGELI will be guided by a nine-member civil-society led LGELI Advisory Committee which consists of representatives from civil society, business as well as ex-officio members from the project partner organisations. The role of the Advisory Committee will be to provide strategic advice, guidance and oversight to the LGELI project.

The ex-officio members of the LGELI Advisory Committee are Professor Deon Rossouw, the CEO of The Ethics Institute, Dr Manyedi Nkashe, Acting DDG: Institutional Development at DCoG, and Mr Rio Nolutshungu, the Chief Officer at SALGA.

The Ethics Institute expresses its sincere thanks to the Advisory Committee members for agreeing to serve on the LGELI Advisory Committee on a pro bono basis with regards to their time and sharing of expertise, and their willingness to be part of this important initiative.

Queries can be directed to Mr Kris Dobie (TEI) at kris@tei.org.za