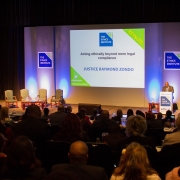 Asking questions is an inherently risky business that requires accepting one cannot control the responses one might receive. We took this risk in framing the content of our 8th Annual Conference around a core question – can ethical conduct be changed (for the better) in organisations? –  without presupposing the answers. 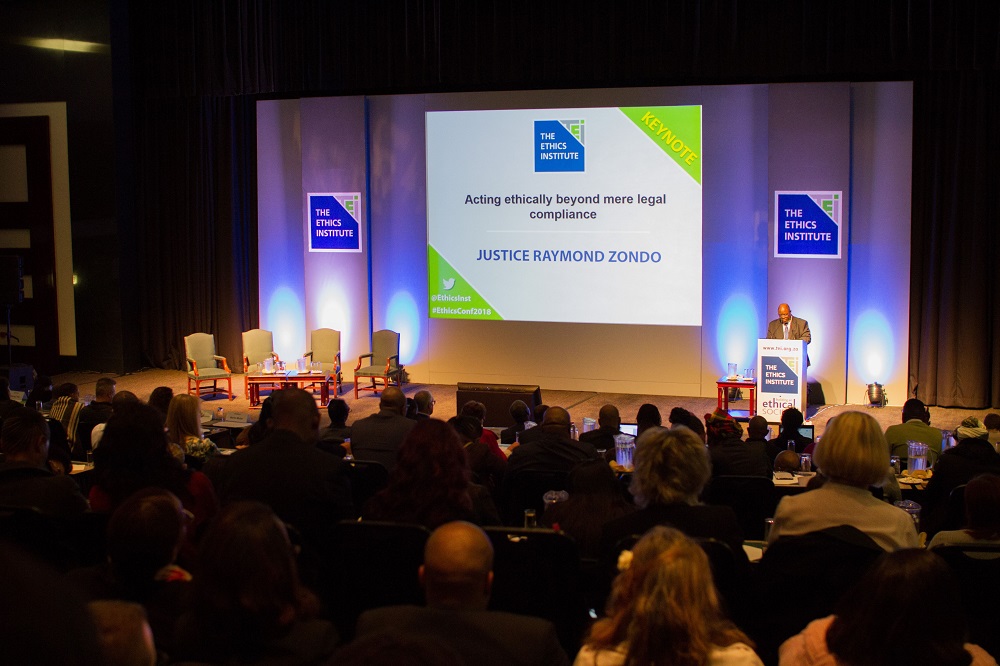 “Ethical conduct can be changed for the better, but it requires a concerted effort to harness our positive social impulses for good. Leadership is essential, as is good governance.”

To understand why we did this, it is important to know that we set the agenda of each coming conference almost a year in advance; thus, the initial planning for the 2018 programme took place at the height of the #GuptaLeaks, and later refinements were made in the shadow of KPMG’s dramatic fall from grace. During interactions in the course of our public and private sector work at that time, we observed a growing resignation that bordered on cynicism. Fatigued by a barrage of bad news, many started to feel that there is no turning the tide, that unethical conduct, once begun in an organisation, is beyond correction.

Looking now at the main messages shared by our speakers at the conference, as well as interactions with delegates on various channels, it appears that some of the cynicism from 2017 has eased. In as far as it is possible to generalise in this way, the overall mood seemed to be one of grim optimism: that ethical conduct can be changed for the better, but that it is difficult to do so.

The opening speaker, Deputy Chief Justice Raymond Zondo, delivered a challenge to delegates to do the right thing not just because it is required by law or regulation, but because it is morally required. We have seen far too little of this sort of behaviour over the last year or two, with many implicated individuals signalling their lack of a conviction in court as evidence of their moral innocence. We were reminded by Justice Zondo that some actions, while perfectly legal, are wrong. He suggested that one of the critical steps to embedding an ethical culture in an organisation is raising the bar beyond ticking mandatory compliance boxes, especially in the areas of diversity and transparency. A difficult, but achievable, task.

The advice from panellists later in the morning was no less demanding. Isaac Shongwe, of Letsema Holdings, described the ideal heroic leader, someone who knows their own values and demonstrates them consistently in practice. He suggested what was later confirmed by practising clinical psychologist Vuyo Temba, namely that humans are fallible creatures, to whom altruistic and ethical impulses do not necessarily come naturally. If we are to bring about positive change – in action, not just in words – we must therefore rise above ourselves, and harness the social forces that shape our interactions to do what is good, rather than what is easy. JSE CEO Nicky Newton-King painted a picture of a South Africa traumatised from the disastrous presidency of Jacob Zuma, where just the basics of decency have to be fought for. Recalibrating our collective moral compass will take more effort than ever before, but it can be achieved if our governance and oversight processes work as they should. She is confident that they can.

Between them during the afternoon panel, Prof Deon Rossouw (TEI), Mohamed Adam (ArcelorMittal) and Fay Hoosain (Sasol) honed in on the vital role social and ethics committees can play in ensuring organisations pay attention to the societal implications of their actions. A broader historical look at the King reports on governance – now in their fourth generation – reveals a growing awareness that good governance has an ethical core that must be foregrounded and prioritised. Headlining ethics in this way, it was suggested, surely increases its prominence in the minds of decision-makers who have the power to effect organisational change. Finally, Martin Butler of the University of Stellenbosch Business School reminded us that new technology, far from being morally neutral, has the power to drastically alter behaviour. Whether the changes will be for good or ill is up to us – but change is inevitable.

Thus, to answer our own question in summary: ethical conduct can be changed for the better, but it requires a concerted effort to harness our positive social impulses for good. Leadership is essential, as is good governance. These things may seem obvious, but committing to them is an almost revolutionary act against the backdrop of a recent history characterised by scandal and impunity. Let’s hope that this time next year we have clear examples that prove our grim optimism is not unfounded.

Grace Garland is the Editorial and Communications Manager at The Ethics Institute. She holds a Master of Business Administration from University of Stellenbosch Business School. She is currently studying towards a Master of Applied Ethics at University of the Witwatersrand.