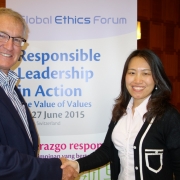 The Sixth Global Ethics Forum was hosted in Geneva on 25 and 26 June 2015, and EthicsSA participated actively in this event.

The Global Ethics Forum is an annual event organised by Globethics.net, a Swiss-based Foundation that seeks to build and empower a world-wide community of persons committed to advancing ethics. Globethics.net achieves its mission mainly through its open access library, the forums that it create for people to connect either face-to-face or electronically, and through joint projects that it facilitates with people from all regions of the world (see www.globethics.net).

This year’s Global Ethics Forum was organised around the core theme of Responsible Leadership. The organisers of the Forum described this theme as follows:

“Responsible leadership requires acknowledging that our values systems serve as a compass for our actions, and that our actions affect the world around us. Responsibility is related to responsiveness – responsiveness to the needs of those who are affected by one’s actions. The actions of leaders impact on a greater scale than others, so leaders have a particular responsibility, no matter in what type of organisation they work and no matter on what continent.”

He was also invited to report to the Forum on the successful “Africa-China Dialogue on Sustainability Business Relations” that EthicsSA hosted in South Africa in 2014. A full report on the this dialogue and the outcomes thereof is now available in the Globethics Focus Series and can be downloaded for free at: http://www.globethics.net/focus-series

African and Chinese participants at the Forum committed to organise a follow-up Africa–China dialogue in 2016 that will once more be hosted by EthicsSA.

At the closing of the Global Ethics Forum two important initiatives were announced that might be of interest to EthicsSA members.

EthicsSA members are encouraged to submit their own codes of ethics to this growing collection of codes.

The second initiative was the launch of the Globethics Academy. This Academy offers online courses that can be accessed at very low cost. The first course of the Academy is a course on Responsible Leadership consisting of 14 lectures by persons from all continents. (More detail on this course can be found at http://www.globethics.net/web/gea/responsible-leadership). 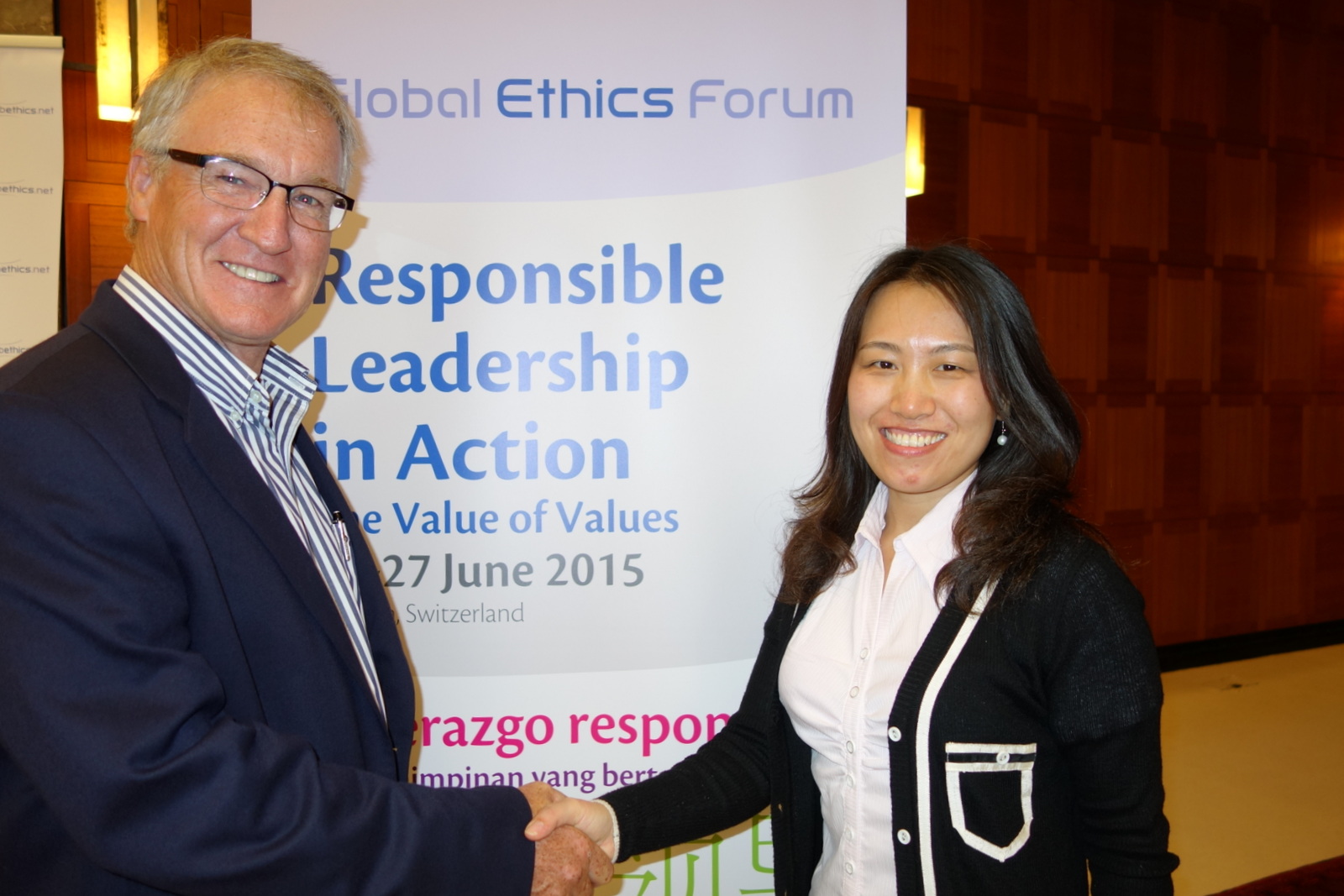